Chicago's police oversight board has fired an officer who fatally shot two people - a teenager he said threatened him with a bat and a woman standing nearby.

CHICAGO - Chicago's police oversight board on Thursday fired an officer who fatally shot two people - a teenager he said threatened him with a bat and a woman standing nearby.

The Chicago Police Board fired officer Robert Rialmo nearly four years after the deaths of 19-year-old Quintonio LeGrier and bystander, 55-year-old Bettie Jones, who admitted police into the apartment building where the disturbance occurred.

After the decision, Fraternal Order of Police Vice President Martin Preib said the board made "a despicable, depraved and cowardly decision" that would endanger the city's police officers.

The shooting occurred about a month after a video was released showing white police officer Jason Van Dyke shooting black 17-year-old Laquan McDonald 16 times in 2014. Van Dyke was convicted of second-degree murder in McDonald's death and is serving a nearly seven-year prison sentence.

Rialmo, who is white, and his partner, Officer Anthony LaPalermo, were responding to a domestic disturbance call in December 2015 involving LeGrier and his father. Rialmo claimed LeGrier was holding a bat over his head and swung it after barreling down the apartment steps as officers responded to the call.

The board determined that Rialmo could have repositioned himself farther from LeGrier before firing, and that if he had, "Jones would be alive today."

Chicago's Civilian Office of Police Accountability in 2017 found Rialmo overreacted and made differing statements. The agency's investigators also cast doubt on the claim LeGrier swung at officers. They noted the detective who spoke to Rialmo immediately after the shooting said the officer didn't mention LeGrier swung the bat. Rialmo's partner said he did not see LeGrier swing the bat.

Investigators also determined Rialmo was farther from LeGrier when he opened fire. They concluded the officer, who said he was on porch when he started shooting, was probably not. They cited a witness who said he saw Rialmo firing from the sidewalk.

Despite COPA's conclusions, Superintendent Eddie Johnson, in a letter, said Rialmo responded properly to an immediate threat and noted that while he may not have mentioned the bat swing to a detective early on, he mentioned it later in other reports and interviews.

A jury awarded $1.05 million to LeGrier's family in a wrongful death lawsuit, but a judge reversed it, noting jurors also found Rialmo feared for his life. The Chicago City Council awarded a $16 million to Jones' family.

Since the shooting, Rialmo became embroiled in another incident while on desk duty, prompting Johnson last year to recommend Rialmo's firing.

In December 2017, Rialmo got into a bar fight caught on security video. He was charged with misdemeanor battery, but pleaded self-defense and was acquitted by a Cook County judge last year. COPA has yet to announce a ruling in that case. 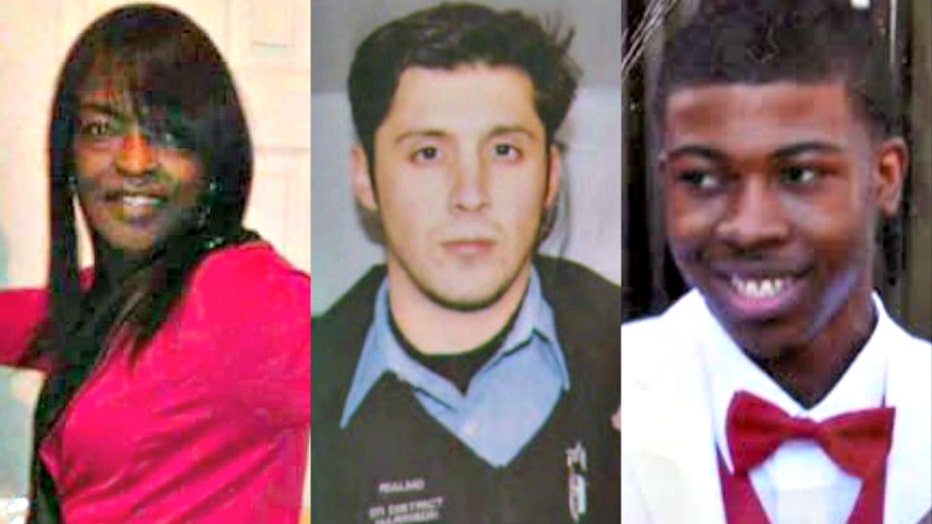