SkyFOX was over a police chase where one of the suspects popped their head out of the SUV's sunroof, possibly taunting the trailing authorities.

SkyFOX was over the police chase scene in Los Angeles as a white SUV is led authorities on a pursuit across Los Angeles County. 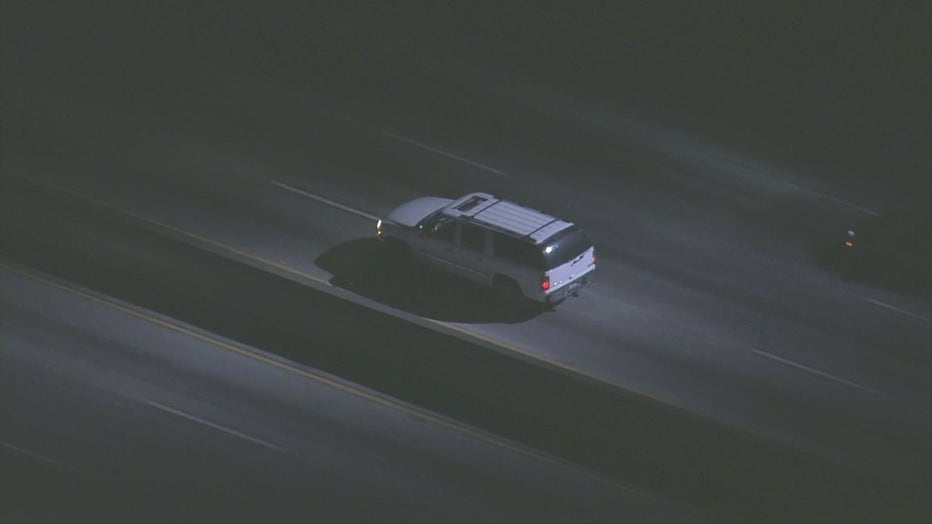 One of the suspects inside the SUV was initially wanted in Baldwin Park for possibly brandishing a weapon.

The chase started from Baldwin Park and then passed through various parts of Los Angeles before the suspect drove back to Baldwin Park.

At 10:45 p.m. Thursday, a person was spotted popping their head out of the sunroof of the SUV mid-chase. It is unknown if the passenger was calling for help or taunting the trailing authorities.

The chase ended in a wild crash involving a parked pickup truck around 10:50 p.m. At least four people were pulled from the SUV and were taken into custody.