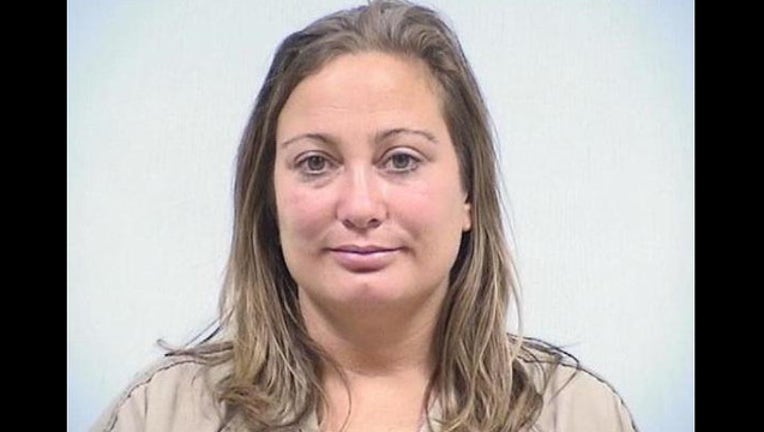 SUN-TIMES MEDIA WIRE - A northwest Indiana woman pulled over for driving erratically on the Indiana Toll Road offered a trooper money to let her go, then spit on him when he refused, according to police.

Carrie Lynn Kooi of Highland, Indiana, now faces a felony charge of bribery; and misdemeanor counts of battery by bodily waste, resisting law enforcement, and operating while intoxicated, according to Indiana State Police.

About 1 p.m. Monday, state police followed up on a complaint of a vehicle driving erratically on the I-80/90 near the Elkhart exit in northeast Indiana, ISP said.

The vehicle, a gold BMW SUV, was eastbound in a construction zone and was “reportedly swerving from lane to lane before pulling into the service plaza,” a statement from ISP said.

A trooper found the BMW parked several feet away from a gas pump, motor running and Kooi inside, apparently asleep, police said.

The trooper “knocked on the window to get the driver’s attention and began to speak to the driver … Kooi was slow to respond and uncooperative,” police said.

The trooper received a warrant for a blood draw and took her to Elkhart General Hospital.

“During this time, Kooi allegedly offered money to [the trooper] to let her go and spit on [him] several times,” police said.