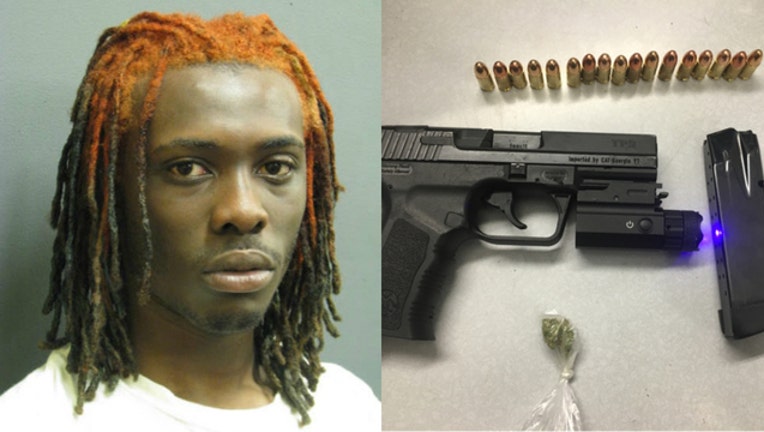 CHICAGO (Sun-Times Media Wire) - A 19-year-old Skokie man was charged with multiple weapons violations after being arrested by police in Evanston Monday.

Officers on patrol about 7 p.m. in the 700 block of Howard Street, saw Kenneth E. Campbell, of the 7800 block of Lamon Avenue, holding an object at his waistband and covered by his shirt, according to Evanston police.

Campbell is an active gang member known to the officers, police said.

When the officer tried to talk with him, he ran westbound and entered the rear of a business in the 700 block of Howard while attempting to get rid of the gun, police said. Officers took Campbell into custody and found a loaded Canik 9mm handgun.

Campbell was also charged with misdemeanor counts and issued tickets for not having a valid FOID card, possession of drug paraphernalia, possession of marijuana and disobeying police.