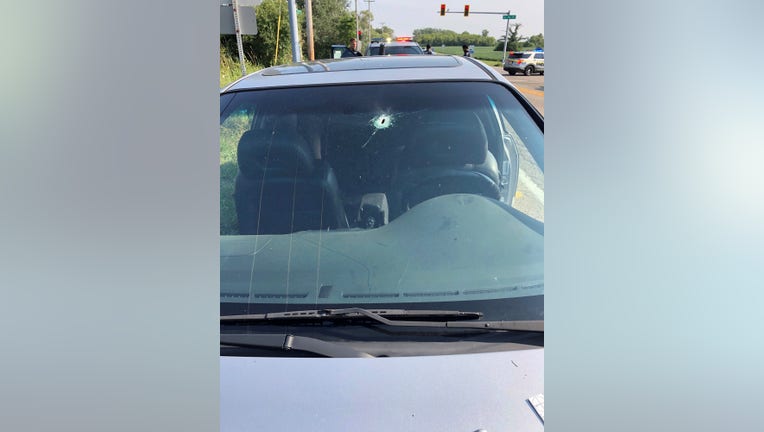 WADSWORTH, Ill. - The Lake County Sheriff's Office is investigating after an unknown offender fired multiple rounds of shots at vehicles that were stopped at a red light in Wadsworth Tuesday afternoon.

At about 4:15 p.m. Tuesday, deputies were dispatched to the intersection of Delany Road and IL Route 173 for a shots fired call.

Authorities said one victim was struck by a round which pierced the front windshield and grazed the top of the head. The victim suffered a laceration and fragmentation from the glass and round, and was transported to the hospital with minor injuries.

A witness at the scene said that a silver or blue Honda sedan was traveling westbound on IL Route 73 and fired two to three rounds of shots.

A single shell casing was found at the scene and processed for evidence, authorities said.

Police believe this was not a targeted incident, and that the rounds appear to be from a 9mm semi-automatic handgun.