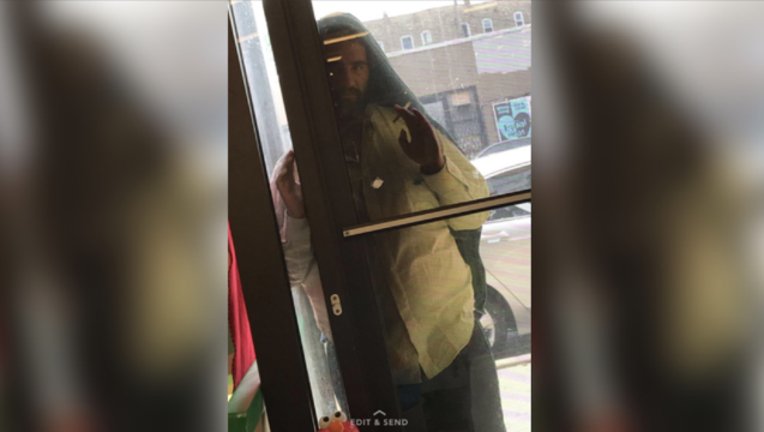 Police are looking for a man who exposed himself to someone near a day care center near Humboldt Park. | Chicago Police

CHICAGO (Sun-Times Media Wire) - Police are looking for a man who exposed himself to someone near a day care center several months ago near Humboldt Park on the West Side.

The man exposed himself to someone “in the immediate area of a child day care center in the vicinity of North and California avenues” sometime between May 22 and June 22, according to a community alert from Chicago Police.

The incident was initially not reported, but the suspect was spotted in the area again at 10:18 a.m. Sept. 15 in the 2700 block of West North Avenue, police said.

Wise Owl Daycare is located in that block at 2734 W. North Ave., and Cozy Corner Child Care is about a block away at 2820 W. North Ave.

The suspect was described as a Hispanic man between 30 and 35 years old, standing about 5-foot-8 and weighing 180 pounds, police said. He has dark hair, a full mustache and beard and was most recently seen wearing a red T-shirt and dark blue jeans.