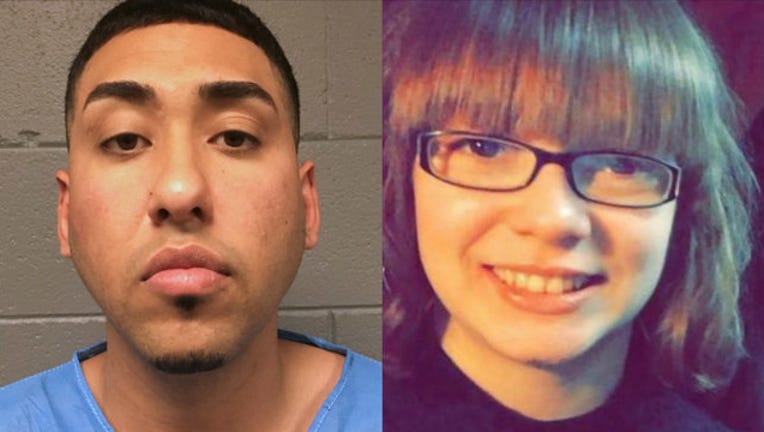 CHICAGO (AP) - Bond has been set at $100,000 for a suburban Chicago man who fled in a ride-hailing car after causing a fiery fatal crash on Interstate 55.

Twenty-two-year-old Rami Matariyeh of Homer Glen faces reckless homicide and aggravated DUI involving death charges as a result of the Sunday crash that killed 23-year-old Jamie Poulos, a passenger with others in an Uber vehicle.

During Tuesday's hearing, prosecutors said Matariyeh was speeding as he sped in and out of lanes on the expressway before the crash.

Matariyeh's vehicle collided with the back of the Uber driver's auto, which burst into flames. Prosecutors say all inside the vehicles were able to escape, some with burns, except Poulos, whose legs were trapped.

Police say Matariyeh was drunk when he fled after the crash. Illinois State Police ran the license plates on Matariyeh's vehicle and Will County sheriff's police were at his home when he arrived, asleep in his Uber ride. Authorities say Matariyeh had a blood alcohol concentration of 0.213.

It wasn't immediately known if Matariyeh has legal representation.