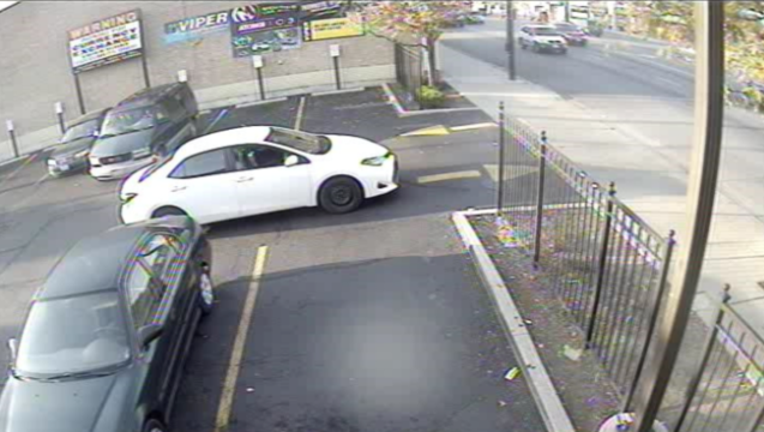 Surveillance footage of a vehicle involved in a child luring attempt this month in the West Lawn neighborhood. | Chicago Police

CHICAGO (Sun-Times Media Wire) - Police are looking for a man suspected of luring a teenage girl into his car this month in the West Lawn neighborhood on the Southwest Side.

A 14-year-old girl was walking about 7:20 a.m. Sept. 15 to a bus stop in the 6700 block of South Pulaski when a man drove alongside her and motioned for her to get inside, according to a community alert from Chicago Police.

The girl ran away to the Currency Exchange store in the same block, and the man circled twice in his vehicle, trying to lure her inside, police said. He then drove away.

The man was described as a 25- to 30-year-old black man with a dark complexion with black hair and a full-trimmed beard, police said. He was wearing a dark-gray shirt.

The vehicle was described as a white, four-door vehicle, possibly a Toyota, with a missing hubcap on the front, passenger side and Illinois license plate #Q992822, police said.

Anyone with information on the incident should contact Area Central detectives at (312) 747-8380.