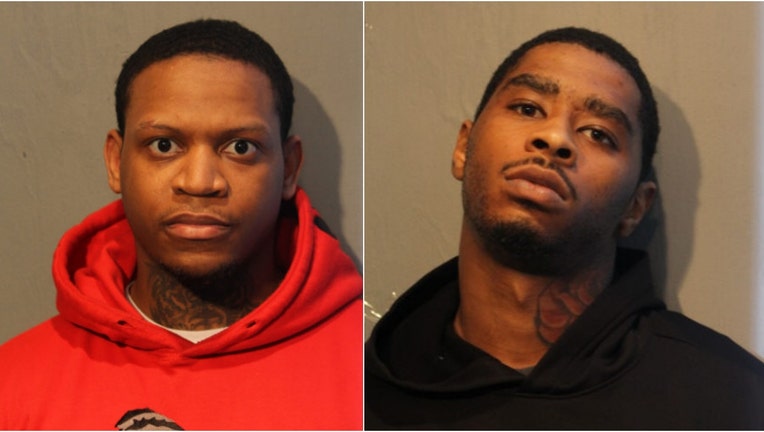 CHICAGO - Two men were arrested after fleeing a traffic stop and being tracked down by an Illinois State Police plane Tuesday.

Illinois state troopers tried to pull over a car around 10:39 a.m near Interstate 94 and Root Street in Fuller Park but the vehicle drove away, officials said.

An ISP plane tracked the vehicle, which lead to the arrest of two men: Noveil Smith and Taiwan McNeal, police said. Police did not say where or when the pursuit came to an end.

Smith, 24, was charged with the manufacture/delivery of cocaine, possession of a controlled substance, unlawful possession of cannabis by driver, not having a valid driver’s license, and improper lane usage.

He was ordered held without bond.

McNeal, 25, was charged with criminal trespass to a motor vehicle. He was released after paying a $1,500 I-Bond.