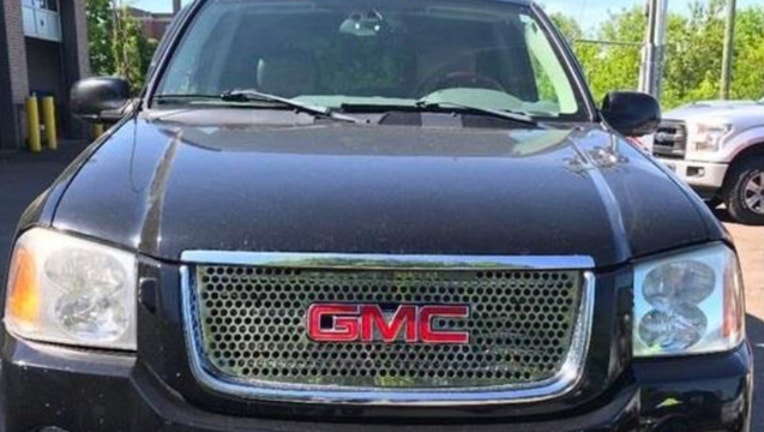 Police released a photo of a GMC Envoy SUV similar to the one wanted in connection with a fatal hit-and-run crash July 4, 2019, in the 4900 block of West Diversey Avenue. | Chicago police

CHICAGO - Police are looking for the driver of an SUV that fatally struck a 36-year-old motorcyclist in a hit-and-run Thursday in Cragin on the Northwest Side.

Chicago police released a photo Friday of an SUV similar to the one sought in the crash. Witnesses told investigators it was likely a 2002-2009 GMC Envoy.

The motorcyclist was eastbound in the 4900 block of West Diversey Avenue about 9:35 p.m. when he was rear-ended by the SUV, police said.

Nicolas Garcia was thrown from his motorcycle and struck a pole, police and the Cook County medical examiner's office said. He was pronounced dead at the scene.

An autopsy Friday found Garcia died of multiple injuries from the crash and ruled his death an accident, the medical examiner's office said. He lived in the Portage Park neighborhood.

Police said the Envoy, which was last seen driving east on Diversey, may have damage to the center or right side of its front end, including its front grill.

Anyone with information is asked to call the Major Accidents Investigation Unit at 312-745-4521.