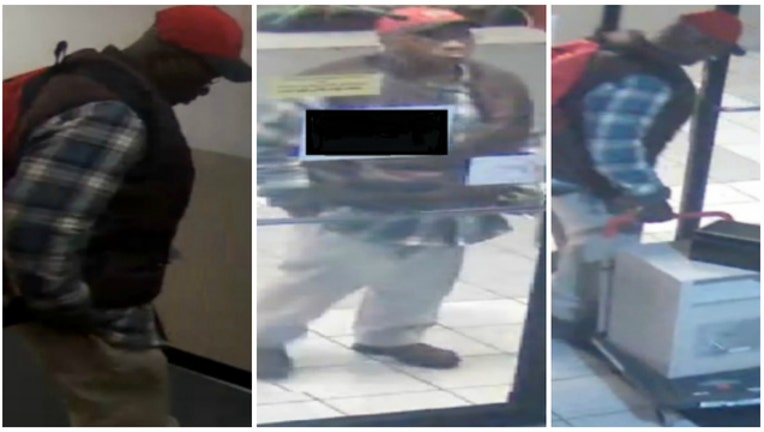 Surveillance photos of the suspect who stole two safes from a South Loop school. | Chicago Police

About 6:20 p.m. Saturday, employees discovered the front entry door had been pried open at the business/school in the 800 block of South Wabash, according to a community alert from Chicago Police. The employees then realized two large safes were missing, containing miscellaneous items, including money.

Police said a reward was being offered for information leading to an arrest in the case.

Anyone with information on the burglary is asked to contact Area Central detectives at (312) 747-8382.