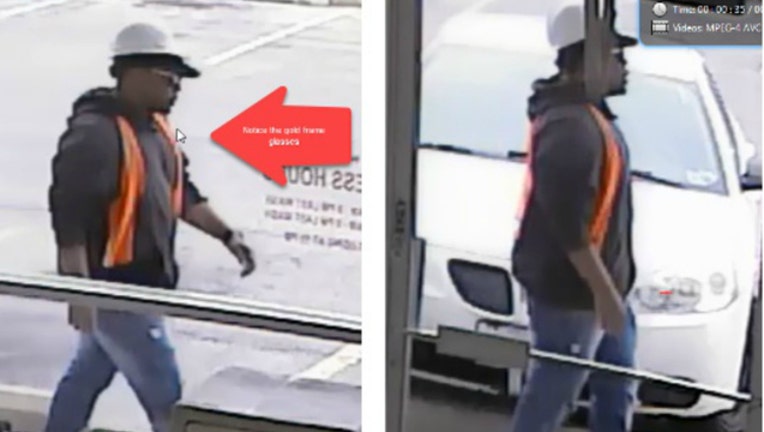 Surveillance photo of one of two suspects who robbed a Waukegan Metro PCS store at gunpoint on Feb. 23. | Waukegan police

The store in the first block of South Green Bay Road was robbed by two suspects about 3:20 p.m. Feb. 23, according to Waukegan police.

The suspects were described as black men in their mid-to-late 20s, wearing construction hard hats, yellow and orange reflective traffic safety vests, and sunglasses, police said. One was about 5-foot-5 and stocky; the other was about 6-foot and thinner.

They got away with cash and items from the store, and were last seen running away, police said.

On Tuesday, police released surveillance photos form a nearby business showing one of the suspects, who is wearing gold-rimmed sunglasses and black-and-white gym shoes.