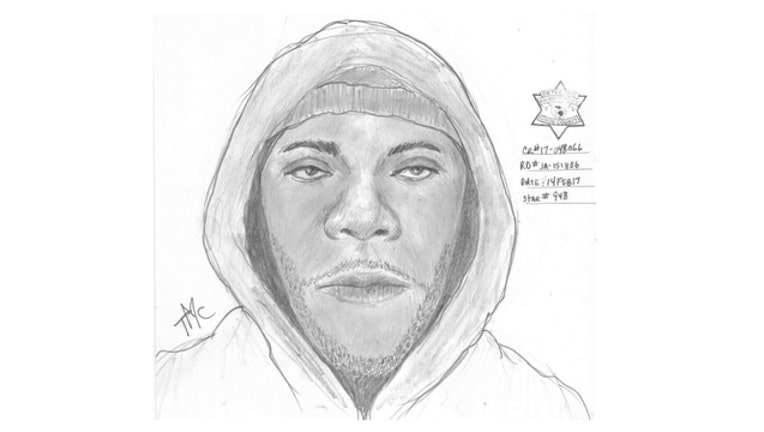 Sketch of the suspect wanted for sexually assaulting a woman Monday morning in the South Side Washington Heights neighborhood. | Chicago Police

The 22-year-old woman was walking east in the 9800 block of South Emerald Avenue at 8:17 a.m. when a man drove up in a gray four-door Chevrolet and forced her into the car at knifepoint, according to a community alert from Chicago Police.

Once the woman was inside the car, he forced her to perform various sexual acts, police said.

The suspect was described as a black man between 23 and 27, 5-foot-7 to 5-foot-9 and 140-150 pounds with a light brown complexion, brown eyes, trimmed beard and slim build. He was wearing a black coat with a black hood with red writing on it; a black-and-gray skull cap, and green camouflage pants.

Police advise residents not to walk or jog alone in the area and to stay in well-lit areas.

Police have released a sketch of the suspect, and anyone recognizing him, or having information should call Area South detectives at (312) 747-8273.