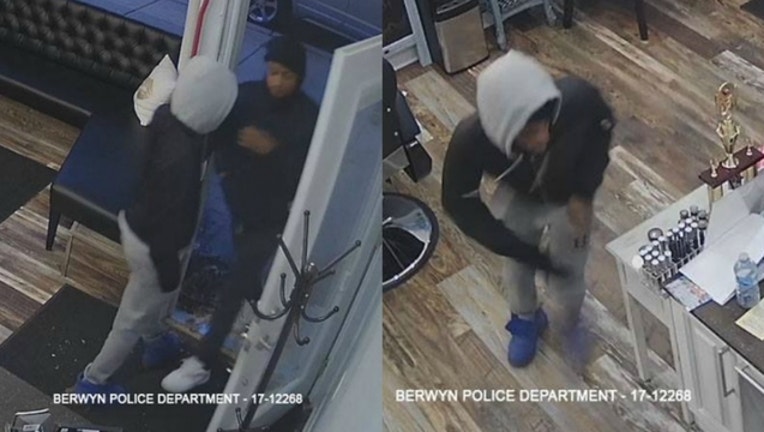 Surveillance photos of two suspects who robbed a business at gunpoint Tuesday afternoon in the 6800 block of Windsor Avenue in Berwyn. | Berwyn police

About 4:30 p.m., two males entered the business in the 6800 block of Windsor Avenue and, while pointing a black semi-automatic weapon, forced victims into the back of the building, according to Berwyn police.

The suspects then stole items from the business and the victims, police said. One of the victims suffered minor injuries while she was fighting off one of the suspects, prompting them to flee.

Anyone with information on the robbery is asked to contact the Berwyn Police Department at (708) 795-5600.