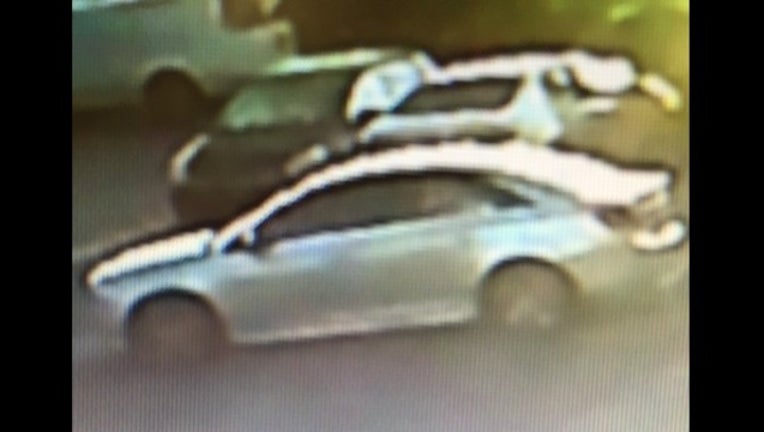 Police are searching for a car they believe was used during an attempted sexual assault Tuesday morning in Albany Park. | Chicago Police

CHICAGO (Sun-Times Media Wire) - Police are asking for the public’s help identifying a car used in an attempt to sexually assault someone Tuesday morning in the Northwest Side Albany Park neighborhood.

About 6:15 a.m., the victim was standing at the eastbound bus stop near the intersection of Montrose and Kimball avenues when a small silver car with two Hispanic men inside approached, according to a community alert from Chicago Police.

The car circled around and stopped in a nearby business parking lot, police said. The suspects called the victim over and tried to persuade her to get in the car.

One of the men got out, took the victim by the hand and put her in the back seat of the car, police said. As the driver headed eastbound on Montrose, the other man tried to sexually assault the victim.

She managed to jump from the moving vehicle near Cullom and Western avenues and get away, police said.