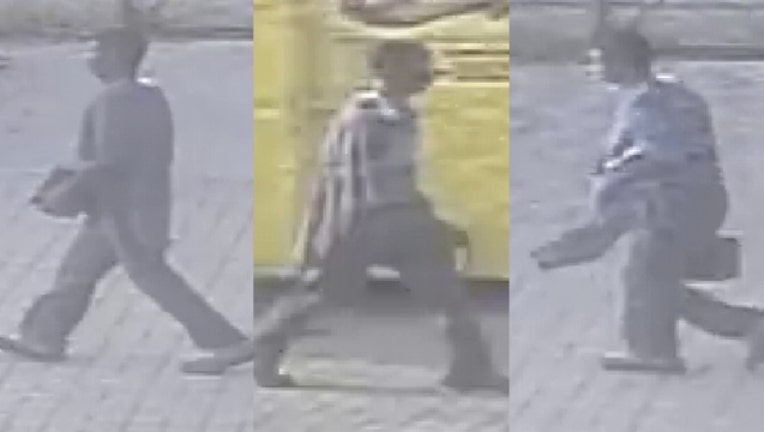 CHICAGO (Sun-Times Media Wire) - Police released surveillance photos of a suspect who burglarized a business Sunday evening in the East Garfield Park neighborhood on the West Side.

The burglary happened sometime between 6:47 p.m. and 11:30 p.m. at the City Escape Garden Center and Design Studio at 3022 W. Lake St., according to an alert from Chicago police.

The suspect, who forcibly broke into the business, is described as a black male, standing between 5-foot-8 and 6-feet, with a medium build and black hair, police said. He was seen wearing a gray long-sleeved t-shirt, dark pants and white shoes.

Anyone with information about the burglary or the suspect should call Area Central detectives at (312) 746-7066.