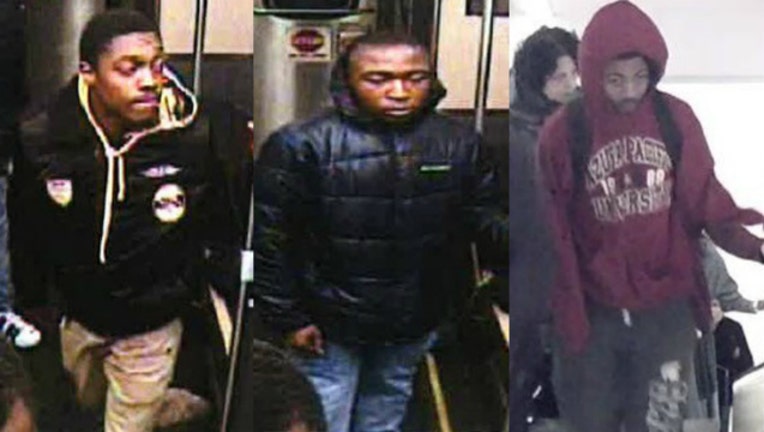 SUN-TIMES MEDIA WIRE - Police released surveillance photos Friday of a group of men wanted in connection with a series of Near North Side robberies.

In each of the robberies, the group approached the victim, pushed or punched them and then took their property, Chicago Police said.

The most recent robbery happened at 1:14 a.m. Nov. 5 in the 200 block of West Huron Street, police said. Earlier robberies happened at 1:57 a.m. and again at 3:10 a.m. Nov. 4 in the fist blocks of West Delaware Place and Chestnut Street.