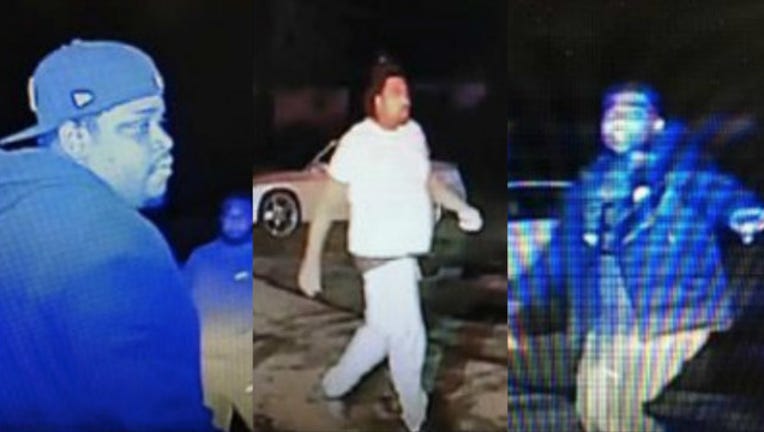 Individuals who may have information on the Robbins shooting on Nov. 11. | Cook County sheriff's office

ROBBINS (Sun-Times Media Wire) - The Cook County sheriff’s office is asking for the public’s help in identifying three people who may have witnessed the fatal police shooting of Jemel Roberson last week in south suburban Robbins.

Sheriff Tom Dart’s office released photos Tuesday of three males who were believed to be at Manny’s Blue Room bar the morning of Nov. 11, when a white police officer from neighboring Midlothian shot the black security guard, Roberson, as he was subduing a gunman.

Roberson, 26, died from multiple gunshot wounds and his death was ruled a homicide, according to the Cook County medical examiner’s office.

The bar shooting was being investigated by Cook County sheriff’s officers, who were seeking the three individuals for information.

The fatal shooting involving the Midlothian officer was being handled by Illinois State Police.

Anyone with information about the individuals was asked to call detectives at 708-865-4896.