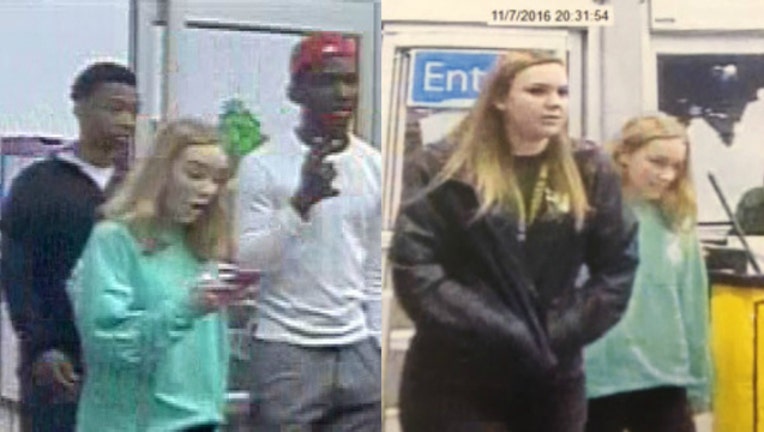 Police are trying to identify four teens seen near a fire at a Naperville Wal-Mart earlier this month. | Naperville Crime Stoppers

SUN-TIMES MEDIA WIRE - Authorities are offering a $1,000 reward for information leading to an arrest after someone started a fire inside a Wal-Mart store in west suburban Naperville.

Naperville police released surveillance images of four teens seen in the store near the fire who were wanted for questioning. The four, who were not considered suspects, had been identified and were cooperating with the investigation Tuesday night, police said.

Anyone with information should call Crime Stoppers at (630) 420-6006. Callers may remain anonymous.