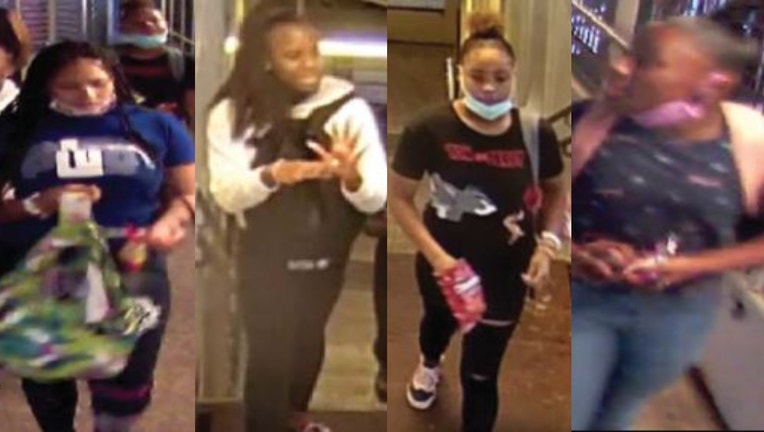 Authorities are looking for four suspects in connection with a robbery Sept. 27, 2020, at the Cicero Green Line station. | Chicago police

CHICAGO - Police are looking for a group of women wanted in connection with a robbery Sunday at the Cicero Green Line station in Austin on the West Side.

The robbers approached the victim on the train platform about 6:35 p.m. at the station, 4800 W. Lake St., according to a community alert from Chicago police. They hit the victim and took her property.

The suspects were described as women between 18 and 20 years old, police said.

Authorities released surveillance images of four suspects and are asking anyone with information to call Area Four detectives at 312-745-4443.