CHICAGO - Chicago Police officer Ella French was laid to rest on Saturday, and on Sunday, her police badge flew with the Angels.

The U.S. Navy Blue Angels flight team carried her star during their show above Chicago.

French was shot dead during a traffic stop in August. 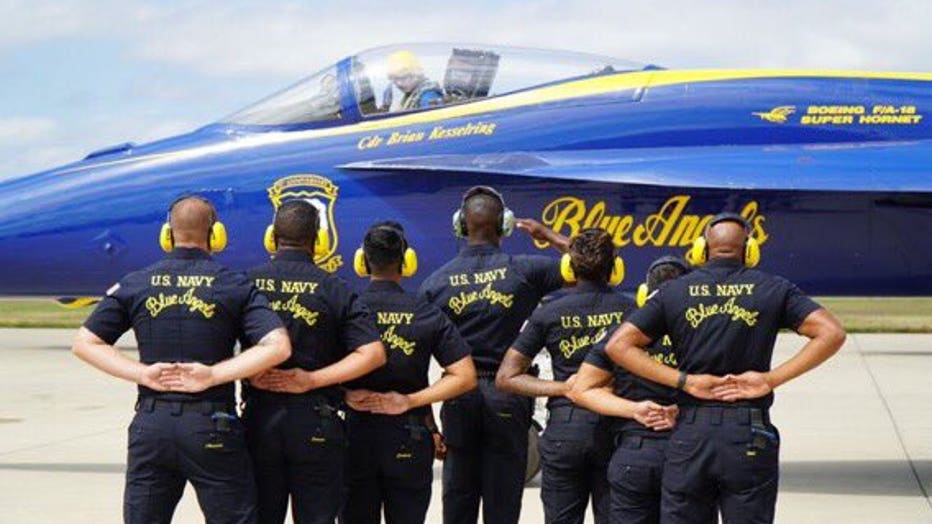 Two brothers are charged in her murder, and another man is charged with supplying the gun.

Officer French's partner was seriously wounded but is recovering.