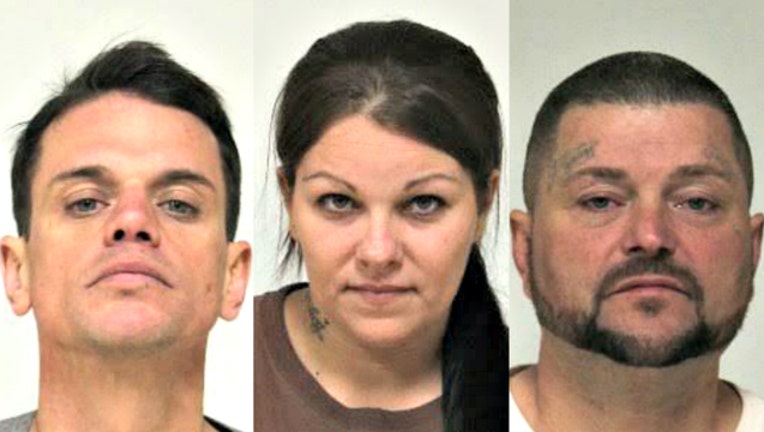 SUN-TIMES MEDIA WIRE - A woman and two men from Chicago have been charged with stealing from a Target and fleeing police Friday in southwest suburban Plainfield.

Krystal Saylor, 30; David Ciukaj, 44; and Robert Anthony Poole, 43, were each charged with one felony count of retail theft, according to the Plainfield Police Department. Saylor was also charged with numerous traffic offenses for a chase that ended in a three vehicle crash.

About 11:15 a.m., officers responded to a report of a retail theft at the Target at 12800 S. Route 59 in Plainfield, where the suspects had stolen about $665 worth of property including baby formula, clothing, razors and multiple hair trimmers, police said.

The suspects drove away south on Route 59 in a red four-door pickup before police arrived.

Officers spotted a red GMC Canyon truck at a traffic light at Route 59 before it continued east on 135th Street, police said. Officers attempted to conduct a traffic stop, but the truck drove off until it hit two other vehicles and came to a stop at the intersection of 135th Street and Essington Road.

Saylor ran away, but was taken into custody a short time later, police said. Poole and Ciukaj were arrested at the scene.

The suspects were checked by medical personnel at the scene of the crash and declined further medical attention, police said.

One person in a vehicle that was struck in the crash was taken to Bolingbrook Hospital with non-life threatening injuries.

The three suspects were taken to the Will County Adult Detention Facility pending bond hearings.