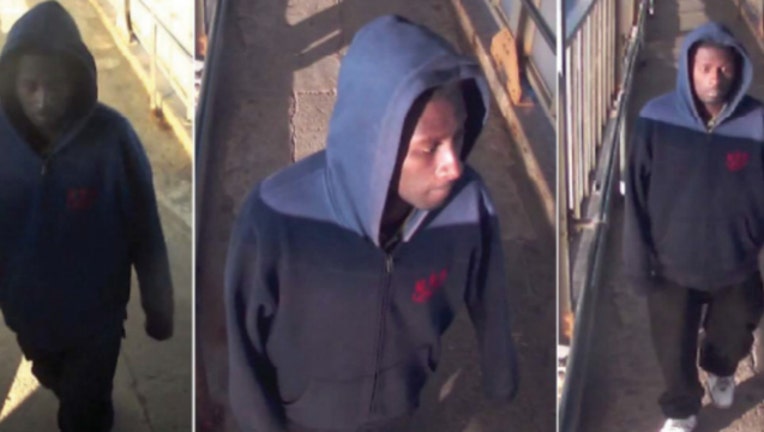 SUN-TIMES MEDIA WIRE - A man is being sought by police for grabbing a woman from behind and stealing her wallet Monday morning at a CTA Blue Line station on the West Side.

About 8:20 a.m., the 18-year-old student was walking up the east ramp at the Cicero Station when she was followed and harassed by a 20 to 30-year-old man, Chicago Police said.

The man caught up to her, grabbed her from behind and “inappropriately touched” her, police said. She tried to pull away and dropped her wallet, at which time the man grabbed it and ran off.

The man was additionally described as black, 5-foot-6 to 5-foot-8, 160 to 180 pounds and of thin build, police said. He wore a light blue and black hooded jacket, dark jeans and white gym shoes.