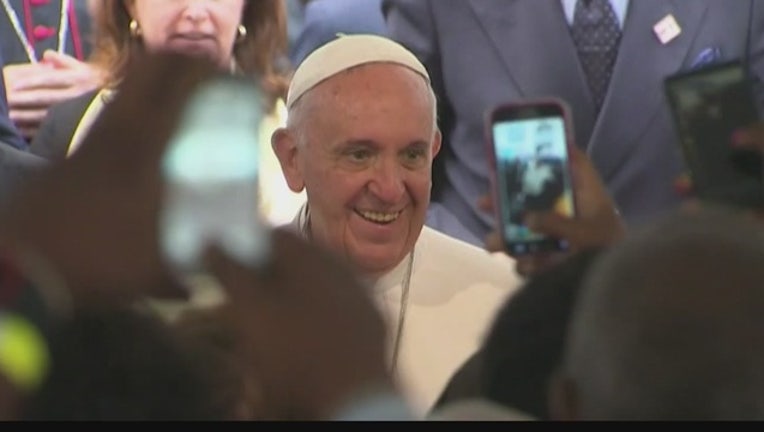 (AP) - Pope Francis says he'll wait to see what U.S. President Donald Trump does before forming an opinion about him.

Asked about populist-style political leaders emerging in the United States and Europe, Francis warned against seeking a savior in times of crisis.

He said Adolf Hitler in the 1930s' Germany "was voted for by the people and then he destroyed the people."

Francis laments that in crises "we look for a savior to give us back identity, and we defend ourselves with walls, barbed-wire fences, from other peoples."

He was interviewed Friday at the Vatican at the same time as Trump's inauguration ceremony.