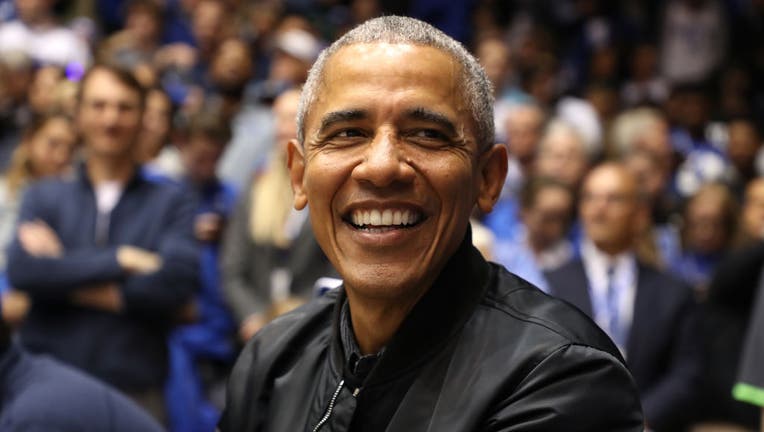 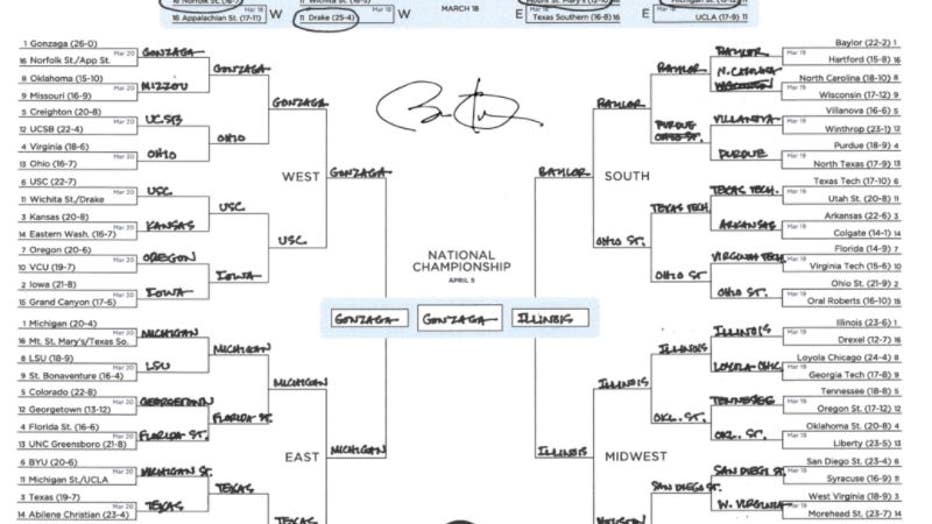 Although Obama was an Illinois senator and lived in Chicago, he picked the Bulldogs to win against the Fighting Illini in the national championship.

The 44th president also had a few upsets throughout his men's bracket, but in the end, he picked all 1-seeds to reach the Final Four.

The former president does have Loyola and Illinois going head-to-head in the second round, with the Illini taking the win over the Ramblers.

Obama’s Baylor pick in the women’s tournament means the Lady Bears will need to beat UConn to get to the Final Four. Baylor and Maryland are the only non-No. 1 seeds in his Final Four. 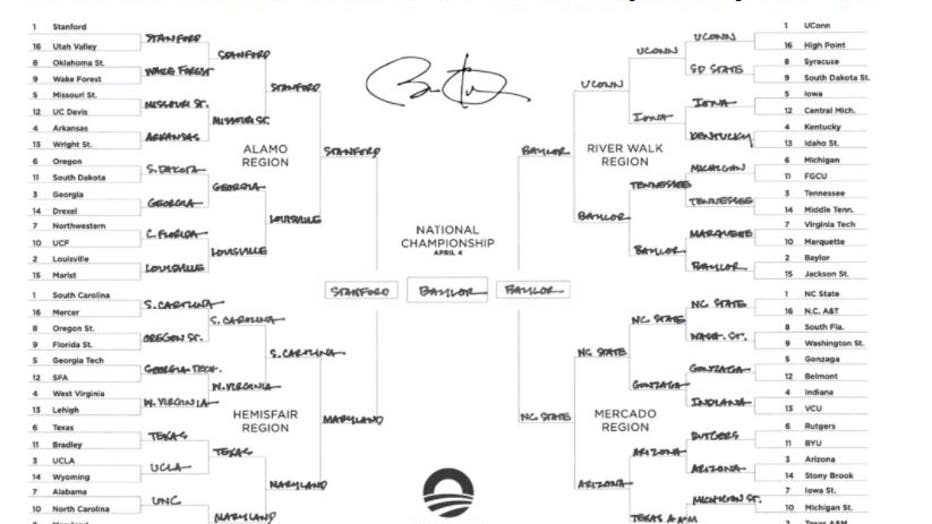