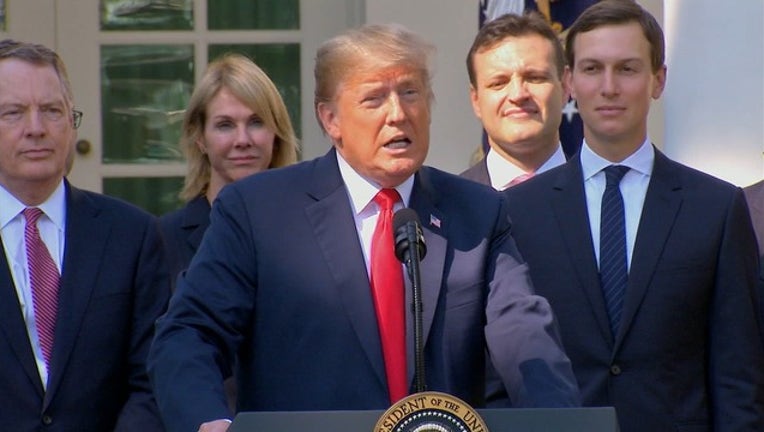 WASHINGTON (AP) - President Donald Trump joked he'd be a "mess" if he indulged in alcoholic beverages.

Trump spoke about his drinking habits Monday at a news conference as he discussed Supreme Court nominee Brett Kavanaugh's comments about drinking beer in high school and college.

The president noted that he is not a drinker, saying "I can honestly say I've never had a beer in my life" and "it's one of my only good traits."

Trump's older brother, Fred Jr., died after struggling with alcoholism. In the past, Trump has described him as a "great guy," but said he "had a problem with alcohol." Trump has said he learned from his brother.