Pritzker’s COVID warning for Illinois: ‘Things are not heading in the right direction’

Governor JB Pritzker sounded the alarm Thursday that parts of Illinois could move backward when it comes to COVID-19 restrictions.

OTTAWA, Ill. - Governor JB Pritzker sounded the alarm Thursday that parts of Illinois could move backward when it comes to COVID-19 restrictions.

Illinois’ statewide positivity rate remains at 3.8-percent, but there are four counties now on a warning level from the state, including LaSalle County.

“Right now, things are not heading in the right direction,” Pritzker said.

There were more than 1,700 new COVID cases announced Thursday, which is the highest number in two months.

“This is hugely problematic and it's not something we wanted to see happen,” the governor said.

Pritzker, though, is remaining hopeful that residents can turn it around, again.

“We can defeat this in Illinois. Do better than other states. Our people are better at this, we've proven that,” Pritzker said. 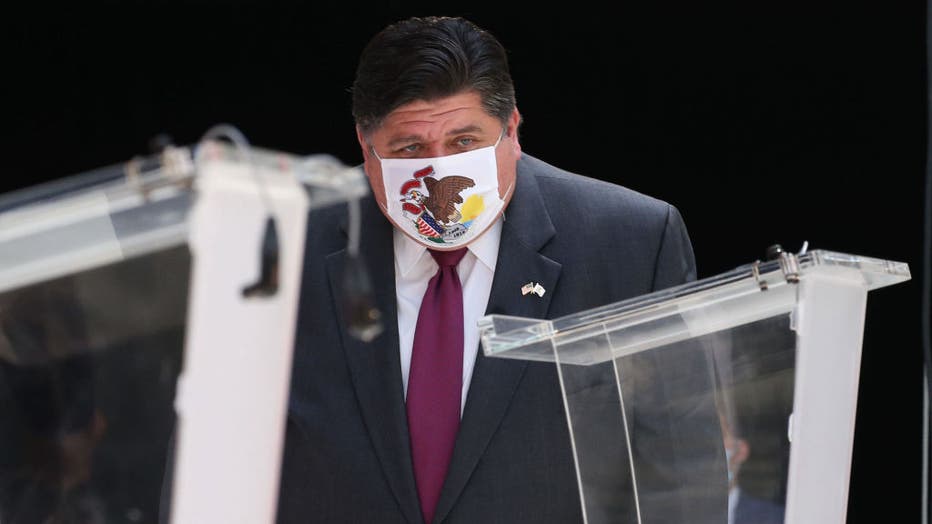 But health officials say they need everyone to get the message -- the same message about washing hands, social distancing and of course, wearing a mask.

“We have to overcome peer pressure and do what is right even when no one else is doing it, and if we can’t set that example, it’s hard to expect that for our children,” said Dr. Ngozi Ezike, the Director of the Illinois Department of Public Health.

The governor traveled to two counties Thursday, Peoria and LaSalle, which are on a warning level and may need to reverse course.

In LaSalle County, they are just days away from moving backward.

“If this region has four more days of people getting sicker and needing beds, that means bars will close and possible reduction of service at restaurants and smaller capacity on other activities,” Pritzker said.

The governor says if we have to reverse course, a region would not just jump back to Phase Three. There would be different mitigations for different areas, which are all outlined on the IDPH website.

Pritzker says the fate of Illinois is up to residents.

“Wearing a mask is like wearing a seatbelt. It’s required and it saves lives,” he said.

The governor explained the criteria for a region needing to take a step back. He says if a region has seven days of the positivity rate going up and seven straight days of an increase in hospitalizations, that that is when that area would need to reinstate restrictions.