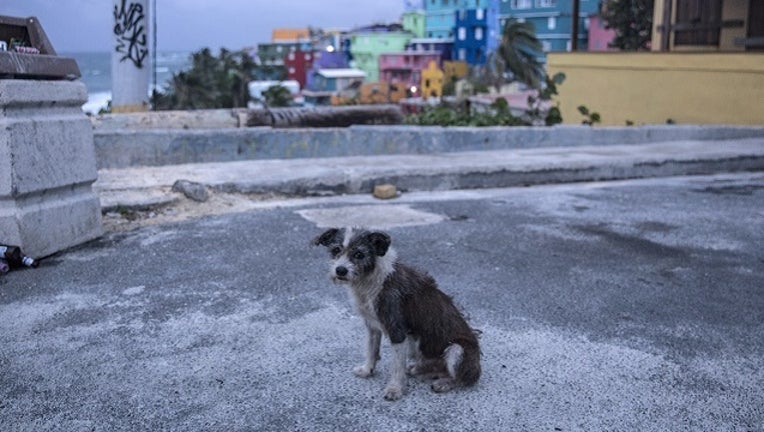 A dog roams the streets of the La Perla neighborhood in Old San Juan as residents prepare for a direct hit from Hurricane Maria on September 19, 2017 in San Juan, Puerto Rico. (Photo by Alex Wroblewski/Getty Images)

None of the dogs at Puerto Rico’s “Dead Dog Beach” – known as a site where people dump their stray animals – have survived Hurricane Maria that hit the territory last week.

But the dogs at Sato Beach – also known as “Dead Dog Beach” for its free-roaming packs of abandoned animals – did not survive.

Christina Beckles, a New York resident who started a nonprofit called the Sato Project aimed at saving the dogs in Puerto Rico, flew to the island immediately after the disaster to help her staff – only to learn the sad truth, the New York Post reported.

”Once the hugs and tears were over, the first thing we all wanted to do was go to the beach to look for our feral dogs,” she wrote on Facebook.

“Sadly, we did not find them and our hearts are heavy with the reality upon seeing the utter devastation at the beach — they did not survive.”