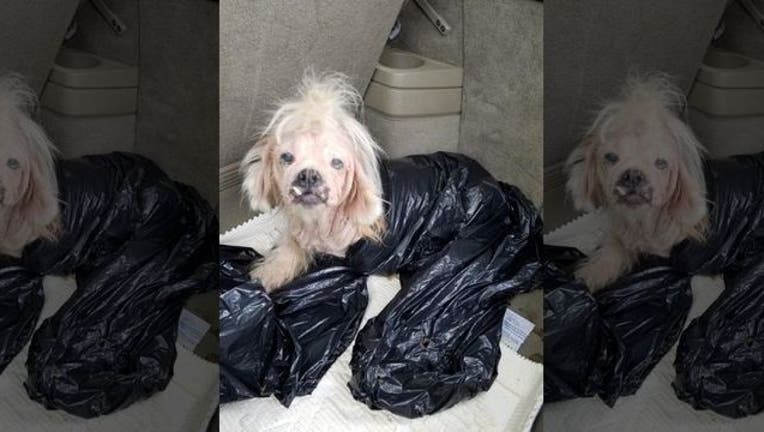 The dog, which as since been named Annabelle, was found in a garbage bag this week. (Richmond Animal Care and Control)

FOX NEWS - A dog in Richmond, Virginia, was found alive this week stuffed in a trash bag, a local animal shelter said Thursday.

The dog, a 5-year-old Shih Tzu mix, was “discovered by a citizen near Rock Church (Southside Richmond, VA) in a garbage bag,” Richmond Animal Care and Control said in a statement posted to Facebook.

“Her little body is crawling with infection and needs immediate medical intervention,” the center continued.

Animal control officers with the facility are searching for anyone who may know where the dog came from or who may be responsible for “this heinous crime,” the shelter’s statement said.

“We just can’t believe she is still alive,” the shelter said.

A spokesperson for Richmond Animal Care and Control told Fox News on Saturday that the pup, which has been named Annabelle, is doing well and is “the sweetest little thing.”

“Nothing yet on any information about any responsible parties,” the spokesperson added.