Cyril Rollins was at his son's side when he took his last breath. Polk County Sheriff Grady Judd says the man suspected of shooting Brandon Rollins is 'pure evil.'

FROSTPROOF, Fla. - A 26-year-old man with 230 felony charges to his name is behind bars and accused of brutally murdering three fishing friends in Frostproof, the sheriff announced Wednesday.

Two other suspects were arrested, and officials said it all stemmed from an argument over a truck.

The suspects were identified as 26-year-old Tony “TJ” Wiggins, his girlfriend, 27-year-old Mary Whittemore, and his brother, 21-year-old Robert Wiggins.

Polk County Sheriff Grady Judd outlines the case against a career criminal, his girlfriend, and his brother -- all accused in the murder of three people in Frostproof.

Judd said TJ alone has a criminal history of 230 felony charges and has regularly been arrested from the time he was 12 years old.

"I didn't stutter. He has 230 charges in his arrest history. Fifteen convictions and two times to state prison at only 26," Judd said. "He's a thug, he's a criminal. He's pure evil in the flesh. He's wild and he's out of control."

Before the triple murder, Robert had one misdemeanor arrest and Mary had no prior criminal arrests. 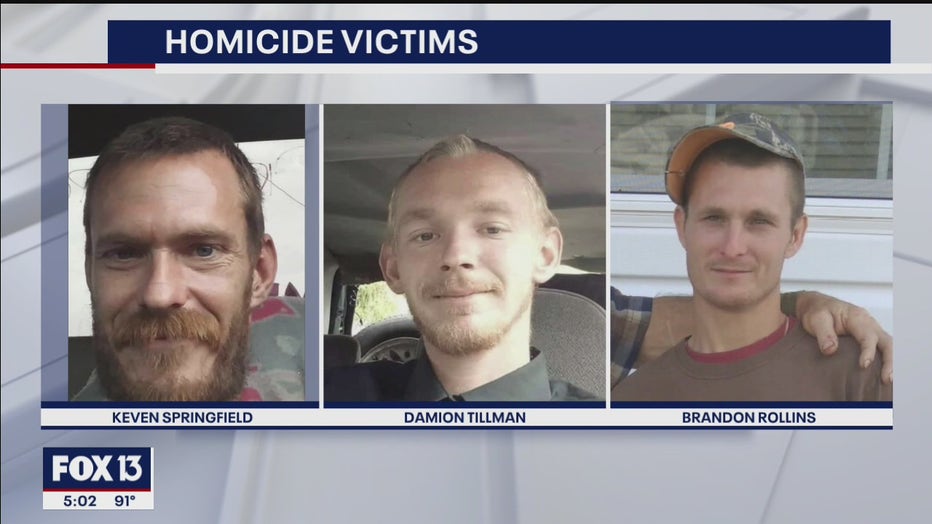 Investigators said 10 minutes before Friday night's murders, Damion was at a nearby Dollar General before meeting Keven and Brandon at Lake Streety. Detectives said Damion told the clerk he was meeting Keven to go fishing.

A plastic Dollar General bag was found in one of the victim's trucks, along with a receipt dated from that night, which led detectives to the store. Detectives obtained surveillance video from the Dollar General and the suspects were seen talking to Damion.

Detectives spoke to the Dollar General clerk, who confirmed the suspects were in the store and recalled hearing Damion say he was going fishing. According to the clerk, they knew Keven would be there.

The Polk County Sheriff's Office released security video from inside the Dollar General store, showing one of the victims as well as the suspects in the store minutes before the murders in Frostproof.

The sheriff said TJ directed his brother, who was driving that night, to head to the lake.

Robert stayed in the truck while TJ exited and confronted Keven, Judd explained.

TJ punched Keven and accused him of stealing his truck and selling the engine. However, at this point in the investigation, Judd said detectives have yet to confirm whether the accusation is true.

Detectives said Robert confirmed TJ shot all three victims and then asked him to help place Damion into the back of one of the two trucks.

Robert, TJ and Mary drove to McDonald's, where they ordered 10 double cheeseburgers and two McChicken sandwiches, the sheriff said.

Judd said Mary quickly became uncooperative during the investigation and wasn't even willing to provide detectives the proper spelling of her last name. The only piece of information all three suspects agreed upon was their McDonald's order that night; otherwise, all were inconsistent in their stories, the sheriff said.

Detectives served a search warrant Monday at a piece of land on Sarver Avenue in Lake Wales. The three suspects lived in a travel trailer there with no running water or electricity, Judd said.

At the property, detectives found weapons and ammunition, along with a 9mm shell casing. TJ was arrested for possessing a gun as a convicted felon. Later on, officials matched the casing with one found at the scene.

After the shooting, Judd said Brandon called his father asking for help. His father rushed to Lake Streety to find his son barely alive, and his two friends dead.

"Our goal, and we pray our state attorney can seek the death penalty," the sheriff expressed. "He needs to seek a fair trial…and then be executed. Legally, we can't execute him the way he did those three guys trying to fish on a Friday night."

Father rushed to dying son’s side after shooting

Brandon Rollins, 27, and his two friends were killed at the end of a clay road as they prepared for a night fishing excursion. Rollins was able to call his dad, who rushed to his son's side as he died from his wounds.

Judd commended Frostproof and the surrounding community. Over the weekend, the sheriff's office announced a $30,000 reward for information leading to the arrests. He said the call center was overwhelmed with tips and additional help was requested to handle the workload.

"But the local tips that were filtered, there were hundreds that came to us, the predominant information was to look at TJ from Frostproof," Judd said. "It's not like they had any idea that he did it. He's just evil."

In fact, the sheriff said, they received tips as far as Tennessee and from people willing to send additional money for the reward.

"That's the United States, that's the state of Florida, and that's the community that I know and love," Judd said.

Judd said TJ was out on bond for breaking a guy's arm with a crowbar and was going on trial for separate felony charges. The sheriff said, normally, a murder is commonly a result of drugs, alcohol, money or domestic events -- but there was no evidence of that prior to the murder. 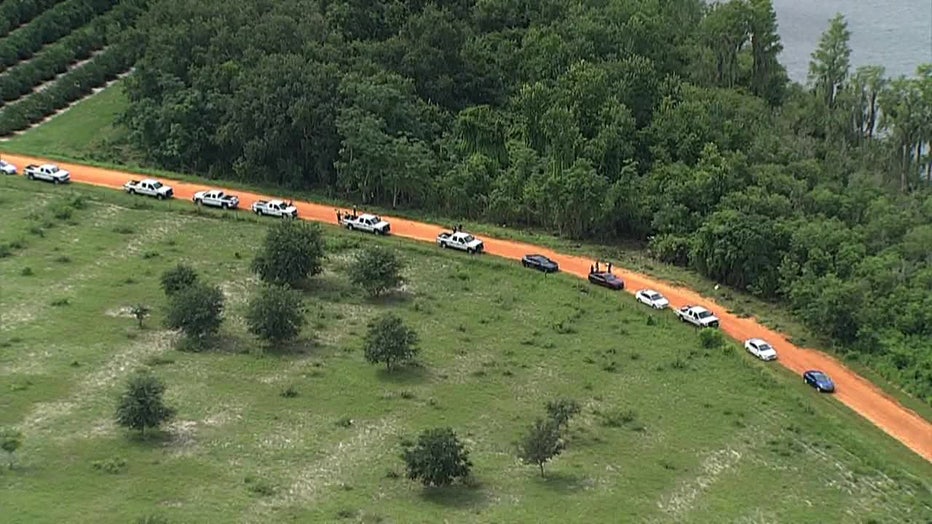 Investigators were back at the scene of the shooting Wednesday.

TJ faces three first-degree murder charges. Robert and Mary face three counts of accessory to a murder and one count of tampering with evidence.

The sheriff's office says it is collecting donations on behalf of the families of the victims. To donate, they say, you can go to www.polksheriff.org/donate, choose “other” and type in “Frostproof Homicide Victims' families.”