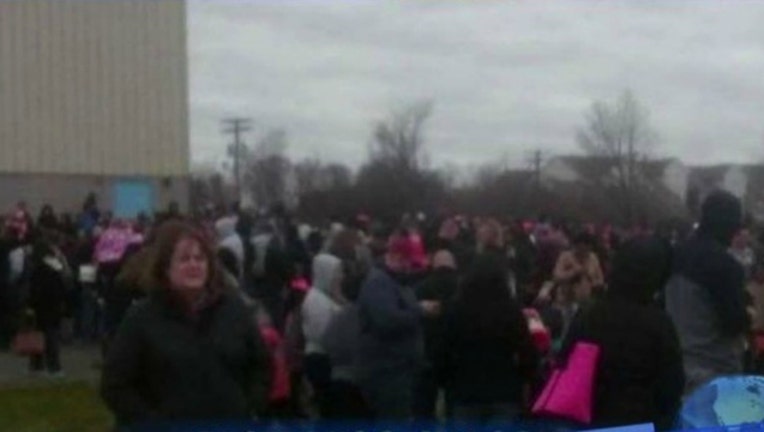 An Easter egg hunt in Orange, Connecticut turned ugly on Saturday when hundreds of impatient parents suddenly stormed the field and took all the candy, witnesses say. The event, held each year by Pez Candy, was initially broken up into three fields and organized by age groups.

But before anything could start, “folks just rushed the field and took everything,” one official said. Fox 61 reported that Pez had hidden more than 9,000 eggs for the local community. But the company says “the number of families that came out to participate far exceeded anything they could have possibly planned for.”

About 1,000 people showed up, many of whom decided to ignore staff instructions to wait their turns. In all the panic, some parents say their kids were left in the mud and one was even shoved to the ground.

“When my son left, he had a broken basket and was hysterically crying,” one mom said.