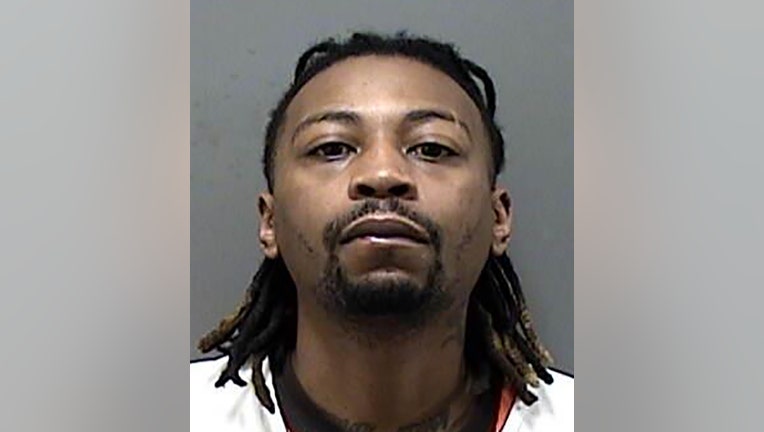 RACINE, Wis. - A 33-year-old Illinois man is charged with first-degree reckless injury after prosecutors say he threw a glass bottle – a piece of it becoming stuck in a woman's eye.

Racine police were called to a reported assault near 21st and Green Bay on Friday, July 30. There, they learned that a woman was taken to the hospital with a piece of glass approximately 2 inches long stuck in her eye.

Witnesses said a suspect, since identified as Kyle Banks, threw a glass bottle at a vehicle's door. It shattered, and a piece hit the victim in the eye.

Investigators later spoke to Banks on the phone, who admitted to being there at the time and said a group of people "started talking (expletive)" to him after he confronted one of them about smoking near gas pumps. He said the people used derogatory words toward him, according to a criminal complaint.

Initially, the complaint states, Banks said he did not throw anything. However, he later said he threw an apple before eventually admitting that he threw the bottle out of frustration to scare the group.

Told he would need to come in to start the court process, Banks said he did not want a warrant out for him. When police went to his location, however, a person answered the door and said Banks had left. The complaint states the person allowed police to check the residence, and they found Banks hiding behind an attic door in the ceiling on the second floor.

Investigators later spoke to the victim, who said she got stitches but was going to be able to see.

A preliminary hearing in the case is scheduled for Aug. 25.

Sheboygan authorities say the warrants are stacking up against 36-year-old Ryan Adam Shaw. He is now on the list of Wisconsin’s Most Wanted.