New details about death of Rapper Juice WRLD in Chicago

CHICAGO - Rising rap star Juice WRLD collapsed at Midway Airport and died early Sunday, and a witness claims that the artist appeared to have suffered a seizure.

The witness told Fox 32 News that Juice WRLD’s eyes were open when paramedics got to the hangar where his private jet had just landed, but he wasn’t responding.

The Chicago Fire Department found the musician, whose birth name is Jarad Anthony Higgins, in cardiac arrest. An autopsy will be conducted on Sunday.

Our source said a birthday party, with a number of area rappers planning to attend, would have taken place Sunday night in Chicago, just days after Juice WRLD turned 21.

The music world and those who love his lyrics are in shock.

“I was flabbergasted. I really couldn’t believe it,” said Aaron Patton, neighbor.

“You know when you listen to someone's music and you get that feel for it, like you know them and then when they pass away it's just like, like you lost somebody that was close to you."

Juice WRLD saw instant success, known as one of Emo Rap’s most promising artists with songs like “Lucid Dream” released in 2018. It has nearly a billion plays on Spotify alone, and “Robber” with 271 million plays on Spotify. He was named top new artist at the 2019 Billboard Music Awards in May. 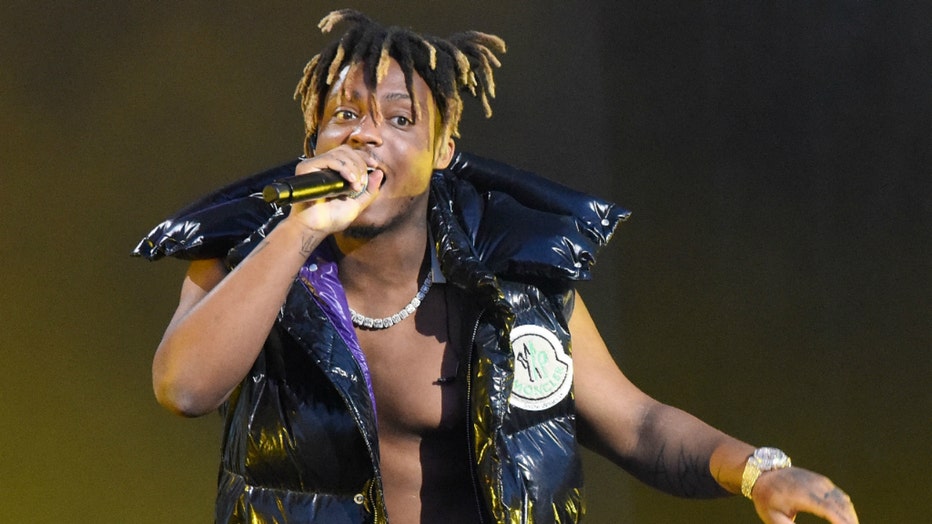 A spokesperson for Homewood Flossmoor said Higgins “was a caring and outgoing person.” They’ll have counselors available for grieving students Monday.

Interscope Records released this statement saying they are “devastated” calling Juice WRLD “a gentle soul whose creativity knew no bounds, and saying he “loved and cared for his fans above all else.”