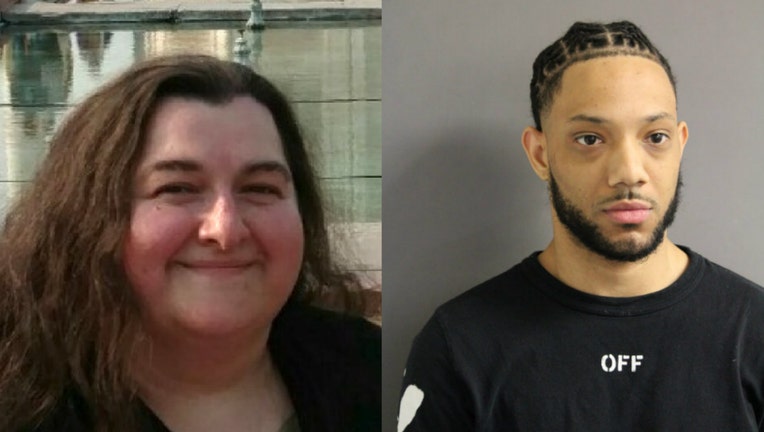 CALUMET PARK, Ill. - A man who went out for drinks on his 25th birthday allegedly crashed into the rear of another vehicle, sending it flying off I-57 and onto railroad tracks below, killing the driver, Cook County prosecutors say.

Tevin Washington is charged with reckless homicide and driving under the influence in the Feb. 28 crash near south suburban Calumet Park, according to a bond proffer prepared by prosecutors.

The victim of the crash was 39-year-old Stephanie Anselmo, according to published reports. She leaves behind a husband and son, according to an online fundraising page.

Washington was allegedly driving 85 mph in a 55 mph zone when he changed lanes and struck a woman’s Jeep from behind in the southbound lanes between 127th Street and Sibley Boulevard, according to Illinois State Police and prosecutors.

The Jeep burst into flames and went through a concrete barrier, landing below on train tracks, authorities said. She died at the scene.

Washington allegedly walked away, prosecutors said. He returned about 20 minutes later and was arrested.

He spent the evening drinking at Darrin’s Lounge on the South Side, prosecutors said.

Officers found a label of a Patron bottle and an empty container of cannabis flower, prosecutors said.

Cook County Judge David Navarro ordered Washington held on a $150,000 bail, according to court records. He was released after posting bond, and is due back in court March 5.