A long line formed outside a supermarket in Austin, Texas, on Tuesday, February 16, after storms caused widespread power outages across the state.

The Democratic representative from New York said she is also planning to visit Houston this weekend.

"Wow. We officially raised $1 million for Texas relief at 9:17 pm. Thank you all so much. I’m at a loss for words," Ocasio-Cortez wrote earlier on Twitter with a link to the fundraising page. "Always in awe of movement work. 100% of this relief is going straight to Texan food assistance, homelessness relief, elder care, and more." 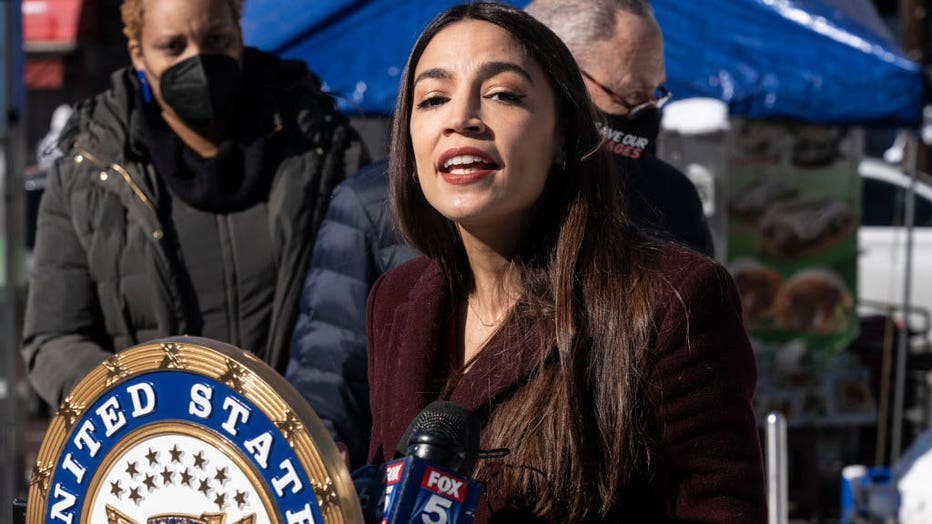 Thousands of people in Texas woke up Friday still without power, and a water crisis was unfolding after winter storms wreaked havoc on the power grid and utilities.

Some hospitals in the Lone Star state faced a loss in water pressure and, in some cases, heat.

Winter storm sweeps across US

Major winter weather hammered much of the United States this week, with many areas seeing rare snow and unusually low temps. (Source: FOX)

Ocasio-Cortez's fundraising effort was shared by former Texas congressman and 2020 Democratic presidential candidate Beto O'Rourke, who thanked the congresswoman and "everyone who contributed in this drive to help the people of Texas."

"We are grateful to you," he wrote on Twitter.

O’Rourke said Thursday he and volunteers had made hundreds of thousands of wellness calls to senior citizens throughout the state.

"BIG THANKS to the volunteers who made over 784,000 phone calls to senior citizens in Texas today. You helped to connect them with water, food, transportation, and shelter. And you made sure that they knew we were thinking about them and that they matter to us," O’Rourke wrote in a tweet.

The moves by Ocasio-Cortez and O’Rourke come as many criticized Texas Sen. Ted Cruz for traveling to Mexico with his family as hundreds of thousands of Texans were still grappling with the fallout of the winter weather.

RELATED: With half of Texas under a boil water notice, state efforts shift to emerging water crisis

Cruz, who returned stateside Thursday following an uproar over his disappearance during the deadly winter storm, said his family vacation to Cancun was "obviously a mistake."

The Republican senator said he began second-guessing the trip since the moment he first got on the plane Wednesday. "In hindsight, I wouldn't have done it," he told reporters.

Cruz said in an earlier statement Thursday that he accompanied his family to Cancun a day earlier after his daughters asked to go on a trip with friends, given that school was canceled for the week.

"Wanting to be a good dad, I flew down with them last night and am flying back this afternoon," Cruz wrote.

"My staff and I are in constant communication with state and local leaders to get to the bottom of what happened in Texas," he continued. "We want our power back, our water on, and our homes warm."

Cruz later told reporters Thursday night that he returned to the U.S. because he realized he needed to be in Texas. He said he had originally been scheduled to stay in Mexico through the weekend.

"I didn’t want all the screaming and yelling about this trip to distract even one moment from the real issues that I think Texans care about, which is keeping all of our families safe," Cruz said.