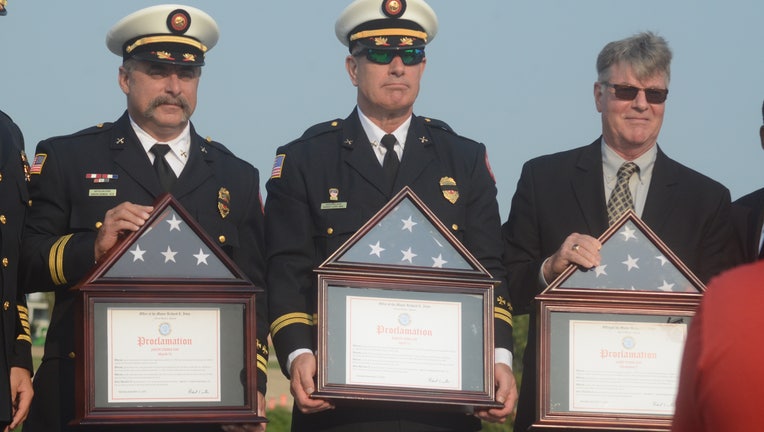 AURORA, Illinois - Members of the Aurora Police and Fire Departments joined the public on Saturday to honor those who lost their lives on September 11, 2001.

An honor guard laid a wreath at RiverEdge Park Bridge.

Aurora firefighters Jason Demas, Randy Leek and Gary Pozzi received mayoral proclamations They were among six Aurora firefighters who assisted in search and rescue at the New York City attack site. The other team members were Tim Pogue, Will Torres and Mark Lockwood.

Aurora Mayor Richard Irvin said that their birthdays will be named city days in their honor.

Across Illinois and the US on Friday, people gathered to remember 9/11.