Twelve police officers connected to the raid have been placed on desk duty pending the outcome of a Civilian Office of Police Accountability investigation. The city’s top attorney also resigned in the fallout.

CHICAGO - A retired federal judge and a law firm will lead an independent investigation of a mistaken police raid on the home of a Black woman who wasn’t allowed to put on clothes before being handcuffed, Chicago’s mayor said Tuesday.

"Her mandate will include every relevant department, including the Mayor’s Office," Lightfoot said. "We want a review of the procedures and process in place that allowed this incident and subsequent actions to unfold as they did." 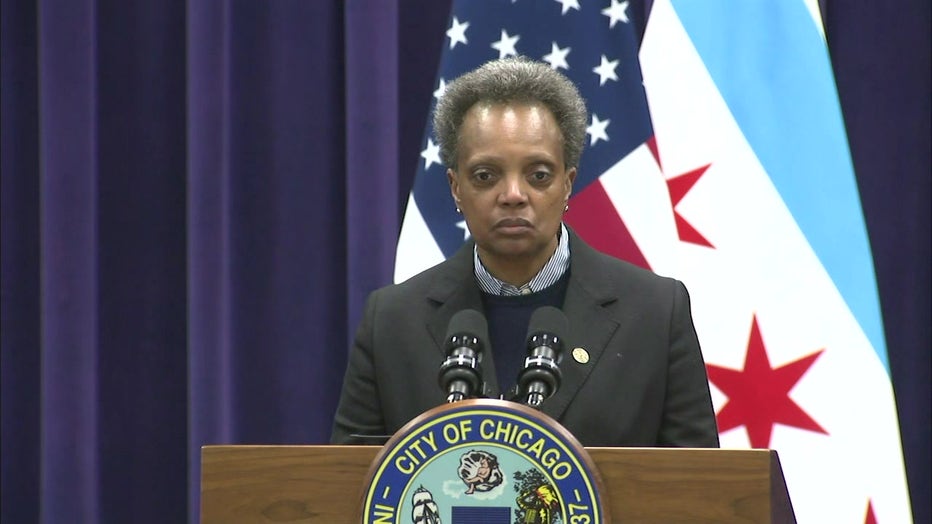 Police video of the raid, first aired by Chicago’s WBBM-TV, and subsequent missteps by the city have sparked wide anger. Activists and local leaders have called it racist and an affront to a Black woman’s dignity. Others have pointed out Chicago’s troubled history with disturbing police officer misconduct and trying to block sensitive video and documents from the public, including in the fatal police shooting of Black teenager Laquan McDonald.

Twelve police officers connected to the raid have been placed on desk duty pending the outcome of a Civilian Office of Police Accountability investigation. The city’s top attorney also resigned in the fallout.

In the footage released publicly last week, Young repeatedly pleads with officers that they have the wrong home and that there are no guns in the apartment. She had returned home after work and was undressing for bed when police barged into her home.

Lightfoot has apologized to Young for the handling of the incident. The city denied Young’s November 2019 Freedom of Information Act request for video of the incident and unsuccessfully tried to block footage from airing last week. Young obtained the video through a lawsuit with the city, but Lightfoot acknowledged last week that she was not given complete footage, which was then released publicly.

Young has said it is difficult to have the video in the public, but she wants accountability.