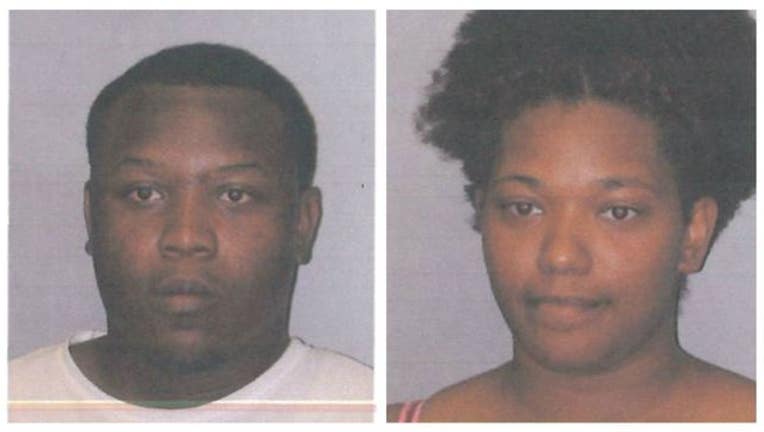 SUN-TIMES MEDIA WIRE - A south suburban Robbins police officer and his girlfriend face felony charges related to a report they allegedly made about an abandoned baby Thursday in Matteson.

Justin J. Jones, 23, and 25-year-old Kendra R. Branch, both of Matteson, each face a felony count of disorderly conduct, according to Matteson police.

The ordeal began when officers were sent to investigate a report of an abandoned baby late Thursday in the 3700 block of 214th Street near the Old Plank walking trail, police said.

The child, who is less than 1-year-old, was supposedly found buckled into a car seat near a dumpster by a female resident who told detectives she was walking by when she heard the baby cry, police said.

An investigation to learn the identity the child led detectives to learn that the woman who reported finding the baby was actually the live-in girlfriend of the child’s biological father, police said. Both live in an apartment in the area.

Police said Jones and Branch made up the story about finding the baby abandoned to get the child’s biological mother in trouble with the Department of Child and Family Services (DCFS). Both Jones and Branch denied knowing the child to investigators when asked “numerous” times during the initial stages of the investigation.

Jones, a part-time probationary police officer in Robbins, was placed on administrative leave after he was charged, Matteson police said. Robbins police were not able to provide information on his employment status Sunday night.

The child was turned over to the care of DCFS during the investigation and remains in state care as the agency conducts its own investigation, police said.

Bond was set at $100,000 for Branch and $30,000 for Jones during court appearances Monday, according to Cook County sheriff’s office records. They were both scheduled to appear in court next on Sept. 27 in south suburban Markham.