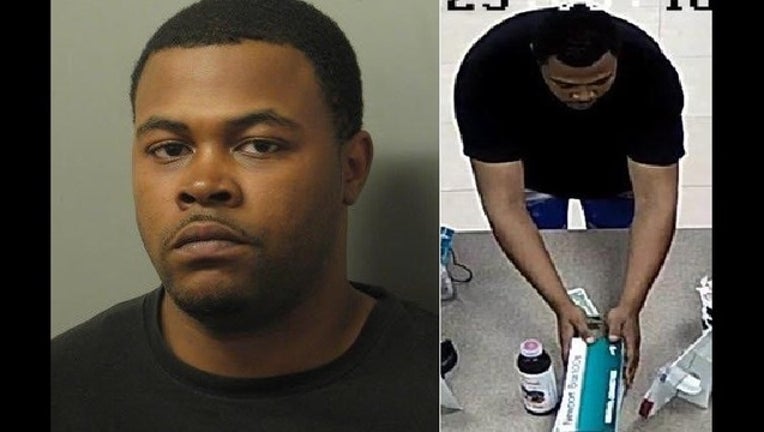 ORLAND PARK (STMW) - Police are asking for the public’s help in tracking down a south suburban man suspected of robbing a gas station at gunpoint last month in southwest suburban Orland Park.

A felony warrant was issued Sept. 4 for Gary L. Smith, 26, of Robbins, who should be considered armed and dangerous, according to Orland Park police.

When the cashier began looking up the price, he pulled a black handgun from his waistband and ordered the cashier to give him all the Newports and money, police said. He got away with about 12 cartons of cigarettes and a small amount of cash from the register.

He got into a newer-model, silver four-door Chevrolet Impala, driven by another person and they headed northbound on Wolf Road, then eastbound on 183rd, police said.

The cashier was not hurt and called 911 as soon as the suspect left the store.

Smith is described as a black man about 27, between 6-foot and 6-foot-3, 200-230 pounds with short black hair, brown eyes and thin mustache.