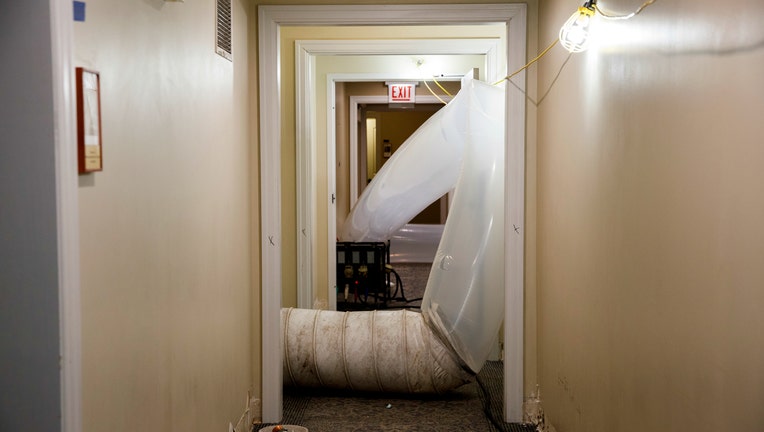 Drying equipment sits in a hallway near a room where a water pipe burst at the Ronald McDonald House in Hyde Park on Feb. 3, 2019. The water pipe burst on the third floor around 1:30 a.m. Feb. 1 after Chicago temperatures dipped well below zero.

CHICAGO - A Ronald McDonald House in Chicago will reopen its doors this week after eight months of repairs to damage caused by a pipe that burst during frigid winter weather.

The facility houses families who have children receiving medical treatment at the nearby University of Chicago Comer Children's Hospital.

The facility, which has 22 guest rooms, needed extensive repairs after the pipe broke as the area experienced bitterly cold temperatures in February. Charity officials say the house's guest rooms and living spaces were badly damaged.

A re-opening event is planned for Tuesday.

Officials with Ronald McDonald House charities say families were moved to nearby hotels while repairs were made.