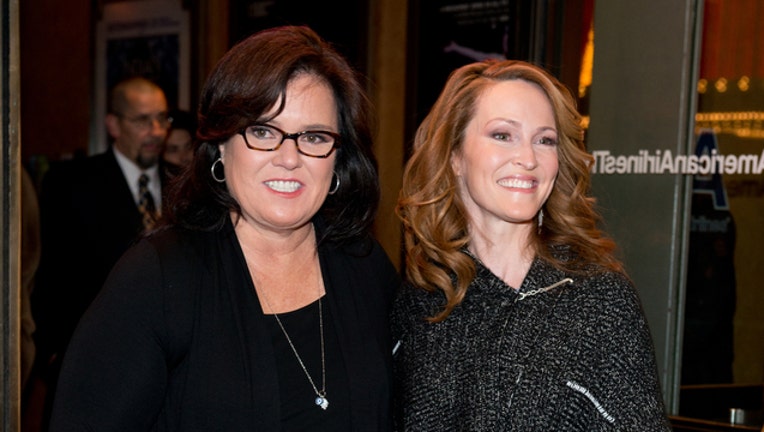 Rosie O'Donnell and Michelle Rounds attend the opening night of 'The Real Thing' on Broadway at American Airlines Theatre on October 30, 2014 in New York City. (Photo by Noam Galai/Getty Images)

O’Donnell told us in a statement, "I am saddened to hear about this terrible tragedy. Mental illness is a very serious issue affecting many families. My thoughts and prayers go out to Michelle's family, her wife and their child."

O'Donnell and Rounds married in June 2012 and divorced in February 2015. They adopted a daughter together but the former "View" co-host reportedly has sole custody of the child.

Rounds’ mother stated in part to TMZ, "... If anyone would like to give to the National Suicide Prevention it would also be greatly appreciated. There are so many out there in this world that have demons that they think suicide is the only way out ..."

Back in 2015, Rounds was reportedly hospitalized for a drug overdose after taking too many prescription pills.