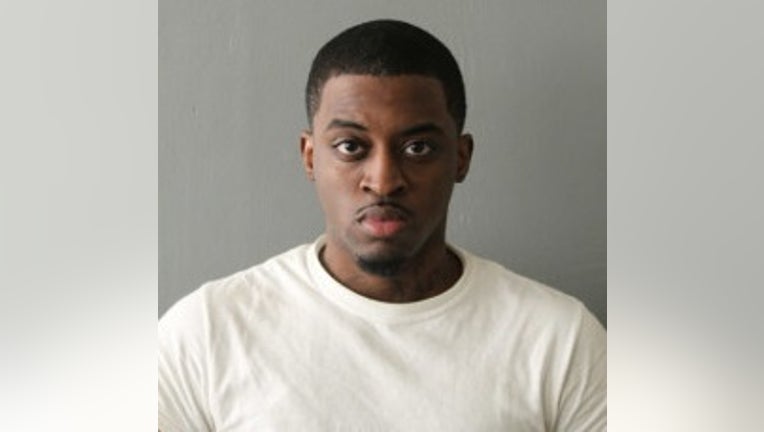 CHICAGO - Bail was denied Saturday for a man charged in a shooting that wounded 13 people last month during a party at an Englewood apartment building.

Keilon Jones, 25, faces counts of attempted first-degree murder and aggravated battery with a firearm in the Dec. 22 shooting, which occurred during a party for Lonell Irvin, a 22-year-old man shot dead in April during an attempted carjacking in the Loop, on what would have been Irvin’s 23rd birthday, according to Chicago police.

All the male guests at the party, including Jones, were patted down upon arriving at the home in the 5700 block of South May Street, Cook County prosecutors said at his initial hearing on the charges Saturday at the Leighton Criminal Court Building.

Jones did not have a weapon on him during the pat-down, but later obtained a gun and fired shots at two people standing near the front door of the apartment; both returned fire, but neither had been identified as of Saturday, prosecutors said.

Jones ran out the back door of the home and continued shooting, striking a person in the thigh and buttock outside the building, prosecutors said.

Shortly after, a police POD surveillance camera recorded Jones circle back to the block in his girlfriend’s Mazda, slowing down so that he could aim his gun at one of the shooting victims, who fired nine shots at Jones, prosecutors said.

Thirteen people between the ages of 16 and 48 were wounded during the shooting, leaving four of them in critical condition, the Sun-Times previously reported.

Detectives recovered 20 shell casings from the scene and found bullet holes in the Mazda when it was recovered two weeks later, prosecutors said.

After the shooting, Jones and his girlfriend drove to St. Bernard Hospital, where he sought treatment for a gunshot wound.

Jones, of Englewood, was arrested Thursday in the Riverdale neighborhood after he was identified as one of the shooters, according to police.

He was denied bail during the hearing Saturday and his next court date was set for Jan. 23, court records show.

Jones is the second man to face charges in connection with the shooting.

Marciano White, 37, was arrested in the hours after the shooting and charged with a felony count of possession of a firearm by a felon as an armed habitual criminal, authorities said. He remained in custody Saturday on $300,000 bail.