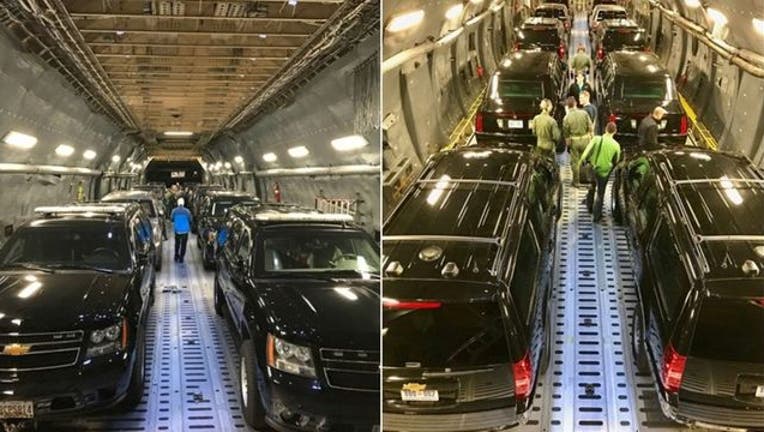 (FoxNews.com) - As President Trump kick-started his 12-day, five-country trip to China and Japan, the Secret Service offered a sneak peek into how they transport the president’s fleet of specially-equipped vehicles across the world.

“With #POTUSinAsia we couldn’t very well leave The Beast behind!” the Secret Service tweeted on Saturday with two photos showing Trump’s motorcade inside a C-17 Globemaster transport aircraft.

“The Beast” is the Cadillac limousine the agency uses to transport the president from place to place. It operates out of the Secret Service’s classified motor pool.

The vehicle is heavily armed against ballistic, IED and chemical weapons attacks, and is fitted with advanced communications and emergency medical equipment.

A new “Beast” for Trump has been in the works for some time. While different iterations of the new limo have been spotted in road tests since last year, Trump has had to make do with the same Cadillac that served President Barack Obama.

A new one is being produced by General Motors.