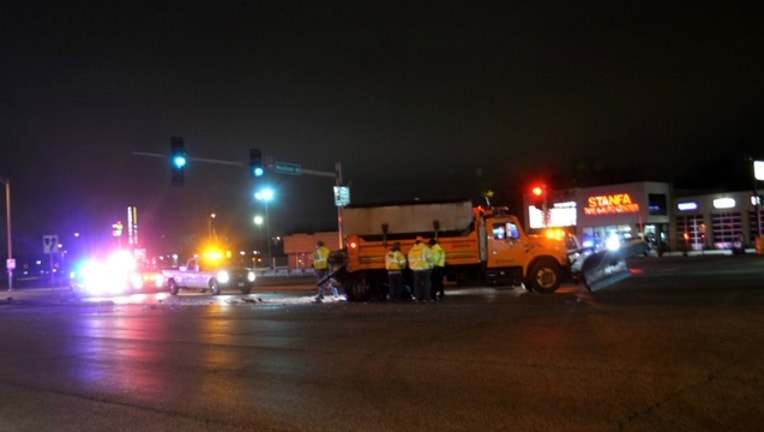 An IDOT snow plow was involved in a crash early Friday at 159th and Woodlawn Avenue. | Justin Jackson/ Sun-Times

Troopers responded to the two-vehicle crash at 2:41 a.m. at the intersection of Woodlawn Avenue and 162nd Place, according to Illinois State Police.

Three people were injured, including the snow plow driver, state police said. At least one of the people suffered serious injuries, and all three were taken to hospitals for treatment. Their ages and genders weren’t known.

Detectives were investigating whether alcohol was a factor in the crash, state police said.

Eastbound and westbound traffic was shut down in the area.