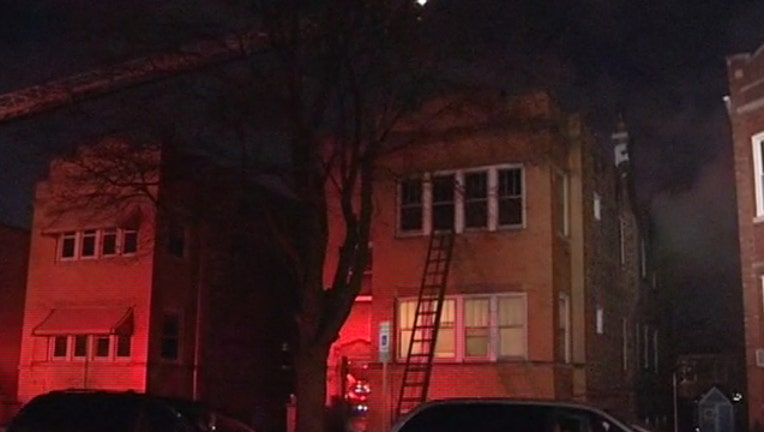 Firefighters battled a blaze Tuesday night at an apartment building in the 2300 block of Euclid Avenue in Berwyn. | Network Video Productions

(SUN TIMES MEDIA WIRE) - At least eight people were in need of shelter late Tuesday after a fire broke out in an apartment building in west suburban Berwyn.

Firefighters responded about 8:30 p.m. to the fire in the three-flat building in the 2300 block of Euclid Avenue, Berwyn Fire Department Assistant Fire Chief Sam Molinaro told reporters at the scene.

Police officers helped several residents exit the build and no injuries were reported, he said. The fire started in a second floor apartment and was contained to that unit.

Water damage rendered the building uninhabitable and at least eight people were displaced, Molinaro said. The cause of the blaze was under investigation.