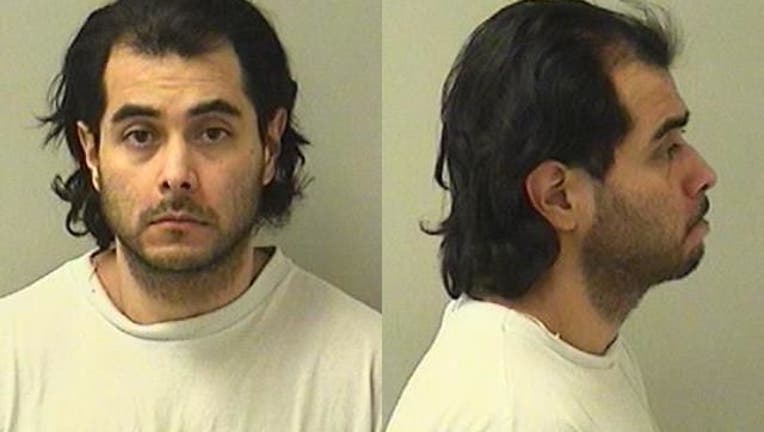 SLEEPY HOLLOW, Ill. - A man who stabbed two teenage siblings and sexually assaulted one of them during a home invasion in far northwest suburban Sleepy Hollow was sentenced Monday to 38 years in prison.

On April 8, 2019, Torres was recorded by a video doorbell entering the home in the 900 block of Saratoga Parkway without permission and carrying two knives, police said.

He also had a bag containing rope, duct tape, pepper spray, bear repellant and "items of a sexual nature."

A boy and girl, both 17, were inside the home at the time, according to prosecutors and Sleepy Hollow police.

Torres ordered the girl to take off her clothes at knifepoint and ordered the boy to leave the room, police said. He then sexually assaulted the female victim who lived in the residence and stabbed her multiple times, causing serious injuries.

The girl was able to run out of the home while Torres attacked her brother. Torres stabbed the male victim multiple times on his body and face, police said.

Both siblings were hospitalized with serious injuries that required surgery.

Torres fled the home with the knife in his hand but left behind the bag, his cellphone, and his wallet, which had an ID inside, police said. He was taken into custody a short time later.

At the time, Torres was on parole for a 2011 offense of attempted aggravated arson in McHenry County. He was released from prison in October 2018.

Torres must serve at least 85 percent of the sentence, according to Illinois law. He receives credit for 829 days served in the Kane County jail.

"This is among the most violent and horrifying cases that I have encountered in my years as a prosecutor. Mr. Torres is a dangerous individual who belongs in prison, away from civilization," Kane County Assistant State’s Attorney Bill Engerman said in a statement.