COLUMBUS - Gabriel Slonina made a career-high nine saves for the Chicago Fire in a 0-0 draw with the Columbus Crew on Saturday.

It was Slonina’s 12th shutout, third-most in Major League Soccer this season. The 18-year-old signed with Chelsea in August, but is remaining with the Fire for the rest of the season on loan.

Crew goalkeeper Eloy Room made one save for his 10th shutout. 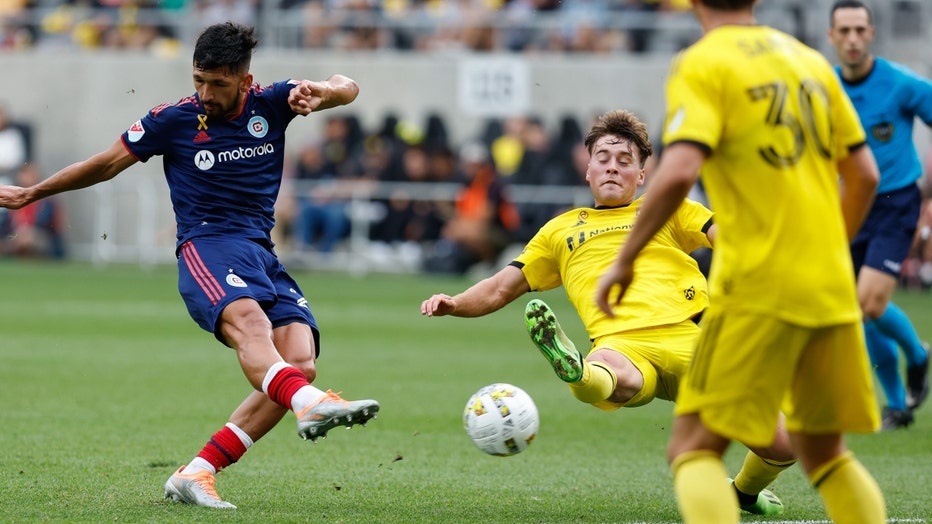 Chicago Fire defender Mauricio Pineda (22) makes a shot as Columbus Crew midfielder Aidan Morris (21) attempts a block during the first half in a match between the Columbus Crew and the Chicago Fire on September 3, 2022, at Lower.com Field in Columbu (Graham Stokes/Icon Sportswire via Getty Images / Getty Images)