The six suspects – some seen smiling and carrying large garbage bags in surveillance images – allegedly broke into the headquarters for the Ukrainian Congress Committee of America and the Ukrainian National Women’s League of America located in the East Village section of Manhattan on March 15.

The group forced open the door around 2 p.m. and removed approximately 400 bulletproof vests donated from various law enforcement agencies and stored at the organizations’ offices. 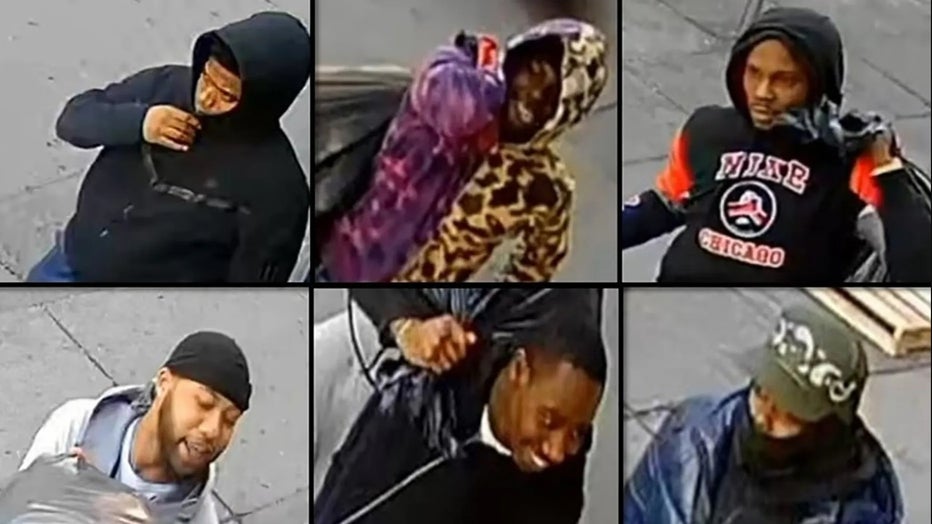 The New York City Police Department is asking for the public's assistance in identifying the group of individuals depicted in the attached photographs in connection to a burglary within the confines of the 9th Precinct. (NYPD)

The individuals loaded the vests into three different vehicles that fled into Brooklyn, police said. The New York Police Department also released a photo of one of those vehicles, a white van, on Friday.

Long Island’s Suffolk County Sheriff’s Office donated some 450 used, decommissioned vests to the Ukrainian Congress Committee of America intended for Ukrainian medics and humanitarian workers, but it was not clear if the vests donated from that agency were among those stolen, WNBC reported. 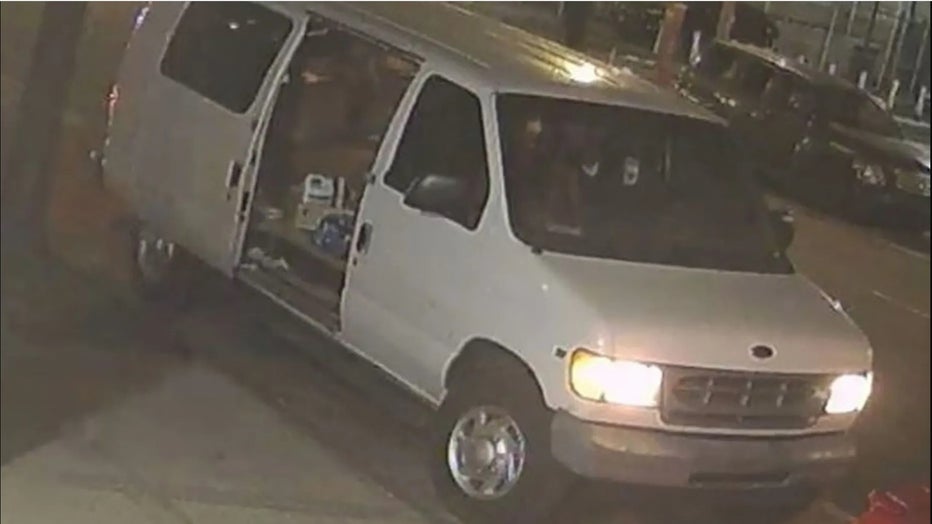 The individuals loaded the vests into three different vehicles that fled into Brooklyn, police said. One of the vehicles, a white van, is seen in this photo. (NYPD)

"It is despicable that someone would break into a building to steal supplies and materials intended to aid those affected by this humanitarian crisis," Vicki DiStefano, a spokeswoman for Suffolk County Sheriff Errol Toulon Jr., told the outlet.

Anyone with information is asked to call the NYPD's Crime Stoppers Hotline at 1-800-577-TIPS (8477) or for Spanish, 1-888-57-PISTA (74782). Tips can also be submitted through the CrimeStoppers website at https://crimestoppers.nypdonline.org/ or on Twitter @NYPDTips. All calls are strictly confidential.