Some Italian-Americans are sounding off about Mayor Lori Lightfoot's decision to remove two Christopher Columbus statues in Chicago.

CHICAGO - Some Italian-Americans are sounding off about Mayor Lori Lightfoot's decision to remove two Christopher Columbus statues in Chicago.

“We feel the mayor betrayed us,” said Andre Dimino of Italian American One Voice Coalition.

Some in the Italian-American community feel Mayor Lightfoot went behind their backs, choosing to remove the two Columbus statues in the middle of the night with no answer as to where they were taken.

“We want it restored… and let's not give in and capitulate to the mob,” Dimino said.

The mayor says the removals came in the dark of the night for public safety reasons. It comes one week after protesters tried toppling the statue themselves.

“These people are terrorists. The way they go about breaking windows of small businesses, robbing and looting, destroying our great city. Painting the streets. These are terrorists and they have a mayor that's backing them up,” said community activist Frank Coconate. 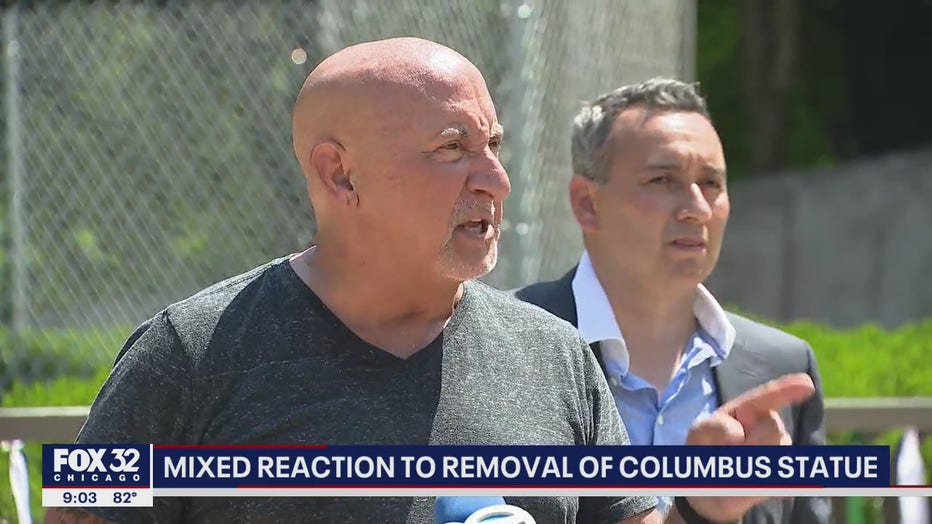 Mayor Lightfoot says in a statement the two statues were, "temporarily removed by City and Park District crews under advisement from statue erectors and restoration professionals. Both statues were relocated to a storage facility in Chicago."

Some are comparing Lightfoot’s after-midnight moves to former Mayor Richard Daley's after-dark destruction of Meigs Field in 2003, which was later turned into a lakefront.

“All of this that they are spewing about Columbus is just not factual if you check the reputable sources,” Dimino said. "This is an attack on Italian-Americans."

The mayor says she will soon be announcing a formal process to assess monuments, memorials and murals in the city.