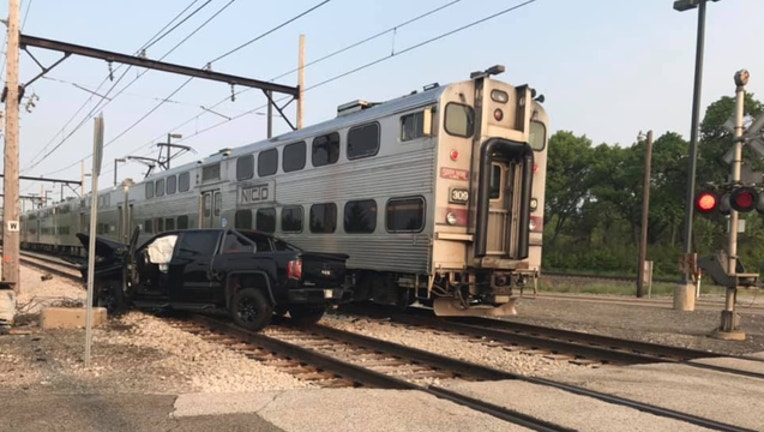 A pickup was hit by a South Shore Line train May 31 at the Portage/Ogden Dunes station in Portage, Indiana. | Portage police

Westbound train 112 was halted shortly after 7 a.m. after it hit the vehicle near the Portage/Ogden Dunes station, near Hillcrest Road and U.S. Highway 12 in Portage, Indiana, according to an alert from the Northern Indiana Commuter Transportation District.

The driver of the truck was not injured, according to a statement from Portage police. He had apparently been running late and tried to enter the station’s parking lot through the exit-only lane while the crossing gates were down.

“The danger for the Conductor and passengers in something like this is real and scary,” Portage Police Chief Troy Williams wrote in a post on the department’s Facebook page. “Please do not tempt fate and risk your life and the lives of others because you are running late. It’s not worth it!!!”

Service on the South Shore Line resumed with delays shortly before 8:30 a.m., NICTD said. Some trains were running up to 75 minutes behind schedule.